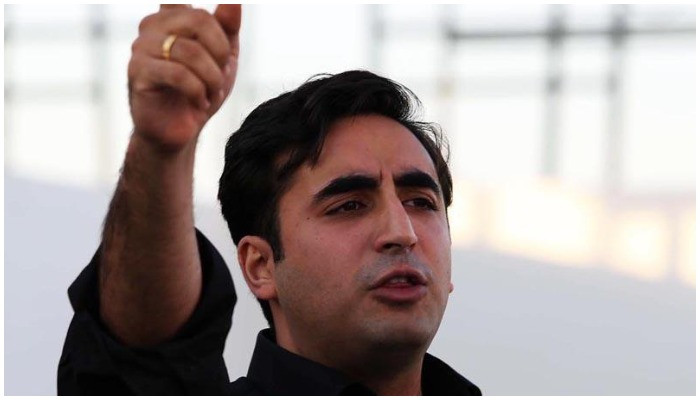 PPP Chairman Bilawal Bhutto-Zardari expressed resentment on Sunday over reports of alleged rigging in the ongoing local government elections in Khyber Pakhtunkhwa, accusing the PTI of being behind the recent incidents in the province.

KP is holding the first phase of the local government elections in its 17 districts today. The polls will be held in the rest of KP next month.

Polling started at 8am and will continue till 5pm.

Taking to Twitter, Bilawal said that the ruling party “is resorting to violence and rigging,” trying to undermine the people’s choice.

Referring to the fatal attack on ANP’s candidate in Dera Ismail Khan on Saturday night, the PPP chairman alleged that the incident was also part of a series of events that emerged before and during the ballot.

He said that the deceased candidate’s family has accused a PTI minister of “trying to bribe him [candidate] and later killing him.”

Bilawal linked the incident to that of the alleged pre-poll rigging that was reported from Peshawar’s neighbourhood council 34 on Saturday night and reports of polling stations being attacked during the voting process on Sunday.

“In Peshawar PTI people were caught red-handed stamping ballot papers the night before polling. All day, there have been reports of PTI [members] ransacking polling stations attacking polling staff including women,” he wrote.

He said that the ruling party had taken rigging to a new level, which shows the “desperation and unpopularity” of the government it leads.

“This is what a desperately unpopular government looks like.”

Bilawal called on the Election Commission of Pakistan (ECP) to take action against the alleged rigging and ensure free and fair elections.

He also urged the people of KP to come in large numbers to use their right to vote instead of getting dissuaded by “PTI’s tactics”, and requested the PPP workers to report violations to the party’s election cells or directly to the ECP.

A presiding officer deputed at a women’s polling station in Peshawar was arrested along with her husband over allegations of rigging, long before the polling for the ongoing local government election started, Geo News reported Saturday night.

Meanwhile, Special Assistant to KP Chief Minister for Information Barrister Muhammad Ali Saif said that the opposition was playing tricks to allay their fears of failure in the election. He said that the entire polling staff is deputed at the behest of the ECP.

Said said that ECP is an autonomous body and is responsible for holding free and fair elections.

He said that the government is fulfilling all its responsibilities to hold the election peacefully and will ensure the investigations into the alleged pre-poll rigging.