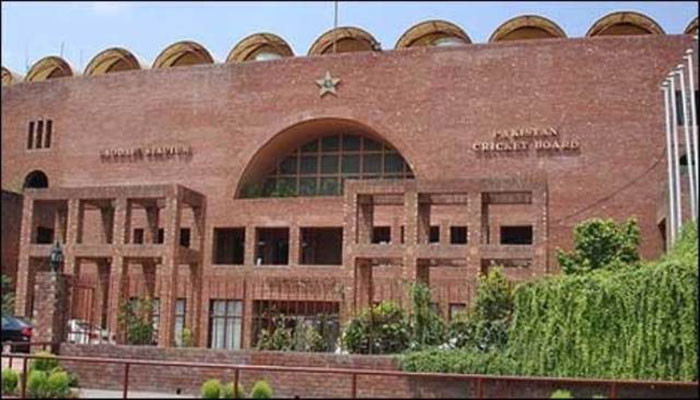 LAHORE: Like various other ‘The first ones’ of Pakistan Tehreek-e-Insaf (PTI) government, a controversy erupted recently when the Pakistan Cricket Board (PCB) suspended its broadcasting deal with the state-run television network, PTV Sports.

However, a civil court in Lahore barred the Cricket Board from granting broadcast rights to any private channel when the PTV Sports filed a writ petition against the Board. The court issued notice to the PCB over the alleged violation of the agreement with the PTV Sports.

A private channel recently began the broadcast of matches in Pakistan. The PTV also sought Rs2 billion in damages from the PCB. Civil Judge Talat Mahmood heard the claim of Pakistan Television Corporation that the PCB violated the agreement which required it to grant exclusive rights to PTV for broadcasting cricket matches in Pakistan until 2023.

The PCB suspended the agreement with PTV on Nov 5 without any notice, the PTV Sport said, adding that the suspension of broadcasting rights by the PCB was a violation of the agreement.

PTV Sports management requested the court that the PCB be ordered to follow the agreement and stopped from signing a new contract with other channels by any means. The court ordered the PCB against granting broadcast rights to any other channel than PTV.

Moreover, the court also issued notices to the PCB on PTV’s claim that it suffered damages worth Rs2 billion due to the violation. The court asked the PCB to submit a reply by Dec 6. The PCB had signed a three-year broadcast deal in 2020 with PTV, as well as an agreement with I-Media Communications Services, to ensure the PCB’s broadcast content was not redistributed illegally by cable operators. The official signing of the deal had taken place in the presence of Prime Minister Imran Khan, who is also the PCB’s patron-in-chief.

The PCB had opened a new tender inviting bids for new media rights for home internationals for the upcoming series against West Indies and Australia. That process will have to be put on hold for now until the dispute is sorted out.