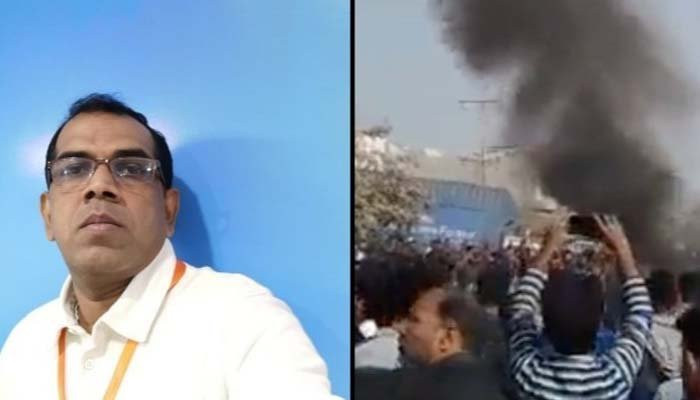 LAHORE: The police have officially arrested 52 suspects for their involvement in the Sialkot lynching incident after registering a case against them, provincial minister of Punjab for Law and Parliamentary Affairs Raja Basharat said during an assembly meeting, The News reported.

The minister, while taking the assembly members into confidence over the recent developments in investigations of the lynching of a Sri Lankan factory manager on December 3, said that 182 people had so far been taken into custody during the investigation. He said that 120 suspects are currently under the police’s custody for interrogation, of which 18 are on physical remand while 62 others were released due to lack of evidence against them.

Basharat, in his speech in the House, called for strict penalisation of the culprits of the gruesome murder and assured of submission of a case challan within 30 days.

He urged everyone to come up with responsible suggestions, saying that it was a very sensitive issue.

Basharat further said that the prime minister held a debate over this issue in Senate as well as in the National Assembly and condemned this incident vehemently. He also lauded the role of the Punjab police in this regard and stated prompt action was taken by the police and culprits were arrested immediately. He said the Council of Islamic Ideology (CII) and other bodies were also working on this issue and their recommendations would be made part of the law.

He also assured the assembly that the government would take measures to prevent the occurrence of such untoward incidents in the future. He further said Islam teaches us tolerance but it was regretful that religious and political parties block the way whenever they wish, whereas we belong to a religion that directs us to clear passages for people.

Basharat said it is unfortunate that even the ambulances carrying patients were not allowed to pass during such protests. He said lack of tolerance and care for others leads to the path of violence.

Unemployment does not mean that we should start damaging the properties of others, he added.

Diyawadana Priyantha, working as a manager at a private factory in Sialkot, was lynched on December 3 by a mob after being accused of blasphemy.