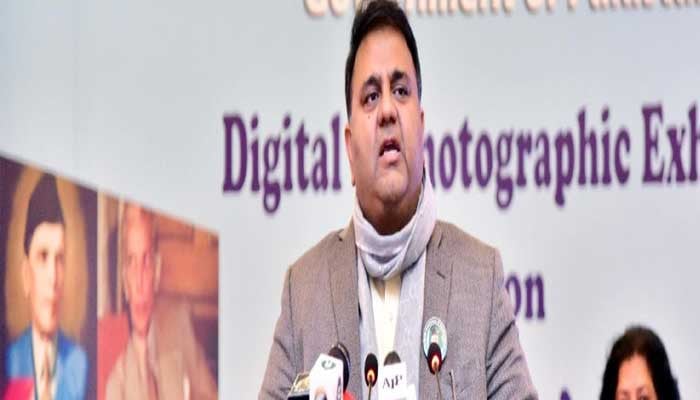 On the one side, there is reactionary thinking of Taliban in Afghanistan, while on the other, there is Hindu extremism in India, which are a threat to Pakistan, he added. Fawad said the real challenge facing Pakistan was not economic or external, but “to know how to get back to Quaid-e-Azam’s Pakistan”.

Speaking at the inaugural session of Quaid-e-Azam Muhammad Ali Jinnah’s photo exhibition, he emphasised that it was wrong to say that when Muhammad Ali Jinnah was building Pakistan, he did not know what he wanted and what Pakistan meant, and that the thought was presented by some writers from India and Bangladesh.

“This confusion was due to the fact that even in the state of Pakistan, there was ambiguity as to what kind of Pakistan Quaid-e-Azam wanted,” he noted. The minister said that the Quaid had stated this in his three major speeches; the first of which he delivered on August 11, 1947 to the Assembly, the second to the Army and the third to the people. He contended that Quaid-e-Azam’s speeches are the basis for understanding the new Pakistan, and Imran Khan wanted to make Quaid-e-Azam’s Pakistan. He said everyone should remove the misconception that Quaid-e-Azam wanted to create a religious state.

He said that the leaders of that time had decided on a separate country for the Muslims because they thought that when democracy came here, the Hindu majority would multiply miseries on minorities. The minister said that the treatment meted out by Narendra Modi and Bharatiya Janata Party (BJP) to the Muslims and other minorities in India was in front of the world and the oppression of the Muslims had become so common.

Fawad emphasised that the whole of Pakistan was united on the recent incident of Sialkot and everyone condemned it, but no one paid heed to the treatment of Muslims in India. “We are seeing how India’s economy or foreign policy is on the decline after Narendra Modi became the prime minister, because extremism is being spread there in the name of religious majority,” he said.

“We should pay tribute to the political leaders of that time who examined the situation so many years ago to see how the oppressive majority would treat the Muslims; “they formed a nation state which we call Pakistan”. And the aim of the state was to prevent the Muslims from being persecuted by any majority and to protect the rights of minorities,” he noted.

He said that unfortunately Pakistan had two extremist states on the right and left side: on one side is Afghanistan where the Taliban had come, and on the other side, India has Hindu extremist thinking. “We want to do our best to help the people of Afghanistan, but to say that women can’t travel alone, can’t go to school or college, is a threat to Pakistan,” he said.

He said that Quaid-e-Azam had said on August 10, 1947 that the priority of religion with reference to posts should be removed so that non-Muslims could also take oath of office. He said “we have to carry forward the message of Quaid-e-Azam, his message is clear and we have to understand it and fight this war”.

The minister insisted that if Pakistan was to be made a religious state, then Maulana Abul Kalam or Maulana Maudoodi would have run the movement of Pakistan, as they believed there was no concept of a state in religion and the state cannot have borders.

Fawad said that Quaid-e-Azam and Allama Iqbal launched a political movement and promoted Islam politically that there should be a country where the followers of Islam could live in a place where there is no oppressive majority. He said that winning this battle is very important for the security of Pakistan.