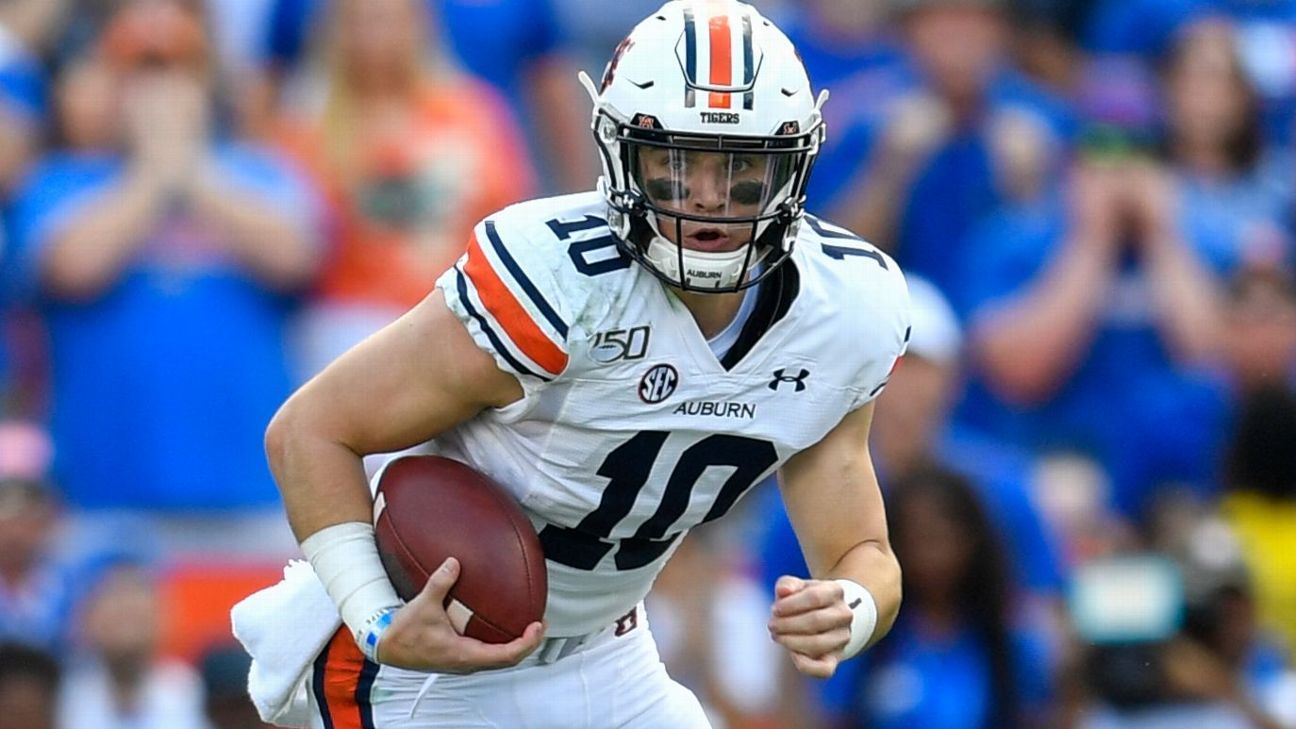 Auburn quarterback Bo Nix, who started the past three seasons for the Tigers, announced on social media Sunday that he plans to leave as a graduate transfer.

Nix, the former SEC Freshman of the Year in 2019, announced his decision in a video message posted on Instagram.

Nix missed the last two games of the regular season, including the Tigers’ dramatic loss to Alabama in the Iron Bowl, after having surgery to repair a broken ankle.

The son of former Auburn quarterback Pat Nix, Bo signed with the Tigers under former coach Gus Malzahn, who is now at Central Florida.

Nix burst onto the scene in 2019, starting and winning the season opener against then-No. 11 Oregon. He went on to lead the Tigers to a 9-4 record, including a win over then-No. 5 Alabama in the Iron Bowl.

But Nix struggled to find consistency at Auburn. He was at times inaccurate and prone to turnovers. He threw 12 touchdowns and seven interceptions as a sophomore in 2020.

As a junior under Harsin, Nix threw 11 touchdowns and three interceptions. He also ran for four scores. Overall, the Tigers were up and down on offense, regardless of who was under center, finishing 6-6, 3-5 in the SEC. They will take on Houston in the Birmingham Bowl on Dec. 28.

With Nix gone, Auburn’s most experienced quarterback is sophomore and former LSU transfer TJ Finley. Finley finished 17-of-26 for 137 yards with two touchdowns and one interception in that memorable 24-22 loss to Alabama last month in four overtimes.