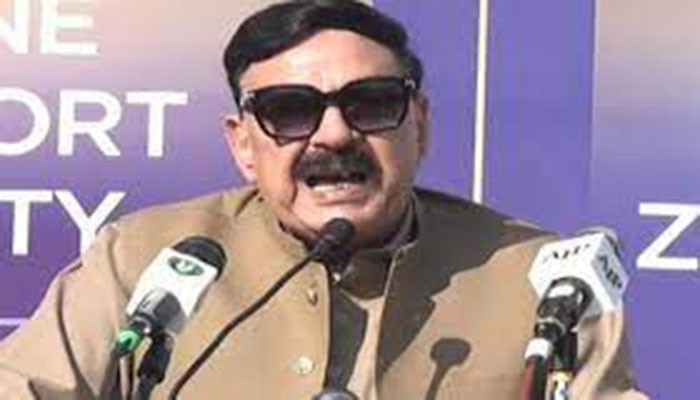 ISLAMABAD: Minister for Interior Sheikh Rashid Ahmed on Wednesday said the government would introduce an e-passport system by early 2022, which would facilitate people avoiding hassle of the manual system.

The director general of immigration and passports had been directed to ensure the launch of e-passport in next 100 days, he told the media. Addressing a press conference, he said the directorate was providing online passport facility to over 190 countries. The facility for citizenship cancellation and other services like emergency traveling document was also available online.

Sheikh Rashid said the former chief justice of Gilgit-Baltistan, Rana Mohammad Shamim’s name had been placed on the Provincial National Identification List (PNIL), so “he doesn’t run away.” There would be a meeting to deliberate on his placement on the Exit Control List (ECL) as well, he added.

Sheikh Rashid urged the overstaying government officials in foreign missions toreturn to the country at the earliest, otherwise they would be sacked from the service. He said the government was fully focused to ensure implementation on National Action Plan, adding, those who had brought disgrace to the country would be dealt with iron hands, he added.

The minister said the government could give emergency travel documents to Pakistan Muslim League Nawaz (PMLN) supremo Nawaz Sharif on short notice within 24 hours if he was ready to return to Pakistan to face trials.

He said he had asked the director general Federal Investigation Agency (FIA) to tight noose around the persons involved in money laundering, especially to break the chain of dollar hoarders.

He suggested the multi-party opposition alliance (Pakistan Democratic Movement) to change its date of march towards Islamabad from March 23 to 30. As there were major headquarters of corps were present at the grand trunk road and war weapons were moved from the same route for Pakistan Day parade, so it was better for the PDM to review date of long march, he added.

Rashid said the government would handle the march peacefully if PDM did not disturb law and order in the federal capital during its demonstration.

To a question, he said there was no consensus among the opposition’s alliance on date of long march, adding, they were making announcement (anti-inflation march) just to gain cheap publicity. “Those who do not agree on date, how they can oust PM Imran Khan,” he critically remarked.