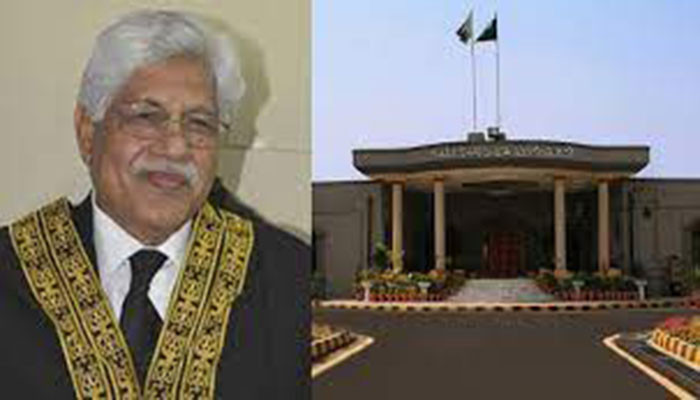 ISLAMABAD: The Islamabad High Court (IHC) on Friday issued a written order regarding hearing in a contempt of court case against ex-chief judge Gilgit-Baltistan Rana Shamim and others in a controversial affidavit matter. The court said there are grounds showing the affidavit of Rana Shamim as false. Rana Shamim is given the last opportunity to present the original affidavit to meet the standard of justice, it added.

The order said Rana Shamim had given a reference to an alleged conversation dated July 15, 2018, adding that his silence for three years is raising question on his credibility. The court said that apparently, good intentions are not seen behind this affidavit. The court said Rana Shamim had clarified that he had not given the affidavit for publication in newspaper, through this he tried to give the impression that it was leaked by the notary public in London. The court said now it is more important to present the original affidavit. IHC Chief Justice Athar Minallah issued the order regarding the case.