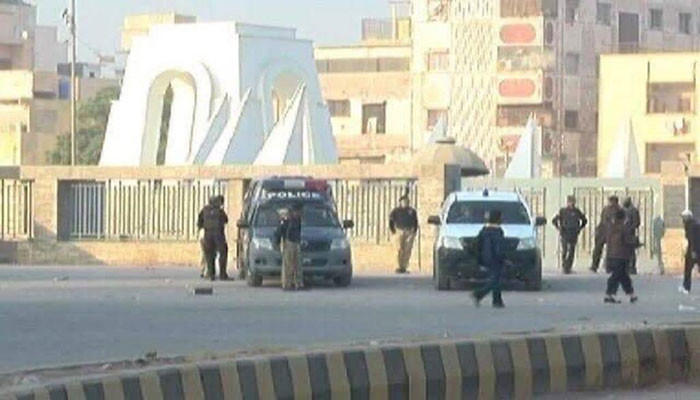 KARACHI: A photographer of daily Dawn, Faisal Mujeeb, was badly beaten by Rangers personnel when he was covering the MQM’s Shuhada Day gathering near Nine-Zero. His camera was also smashed.

Meanwhile, the Pakistan Federal Union of Journalists (PFUJ) has condemned the high-handedness of Rangers against photojournalist Faisal Mujeeb in Karachi, who was beaten and illegally arrested during coverage of an event in Azizabad. PFUJ President Shahzada Zulfiqar and

Secretary General Nasir Zaidi, while condemning the incident, urged Sindh Chief Minister Syed Murad Ali Shah to take action against responsible officials of the Sindh Rangers under journalist protection laws as Faisal Mujeeb was not only tortured but also detained unlawfully and hurdles were created in discharging his professional duties.