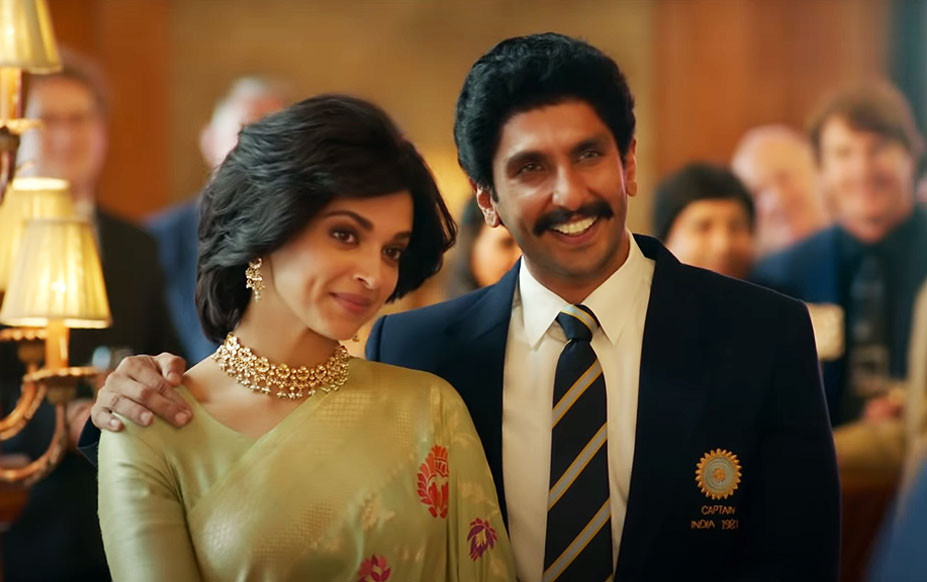 If witnessing Ranveer Singh essaying the character of Kapil Dev bagging the historic catch in 83’s teaser wasn’t enough to grab your attention, the official trailer definitely will.

The film revolves around “the match that united India,” – the country’s iconic win against West Indies in the 1983 World Cup – and so the trailer shows glimpses of a promising cricket drama that’ll evoke a series of emotions in you, ranging from panic, confusion to pride and joy.

Full of nationalistic fervour for the Indian audience, the trailer is also a treat to watch for cricket enthusiasts outside of the country. And coupled with its dramatic dialogues, songs and recreation of the match, it appears to be an entertainment package. Why watch the highlights when Ranveer is performing a do-over?

The actor had taken to his Instagram Tuesday morning to share the clip with the caption, “The incredible true story of the underdogs who pulled off the unthinkable! #83Trailer in Hindi Out Now!”

It starts with the Indian team getting cold feet on the field. In a press conference, his character, Kapil, declares his team is “here to win the match” and pretty much everyone laughs it off. Later, Ranveer as Kapil hits one six after another, smashing the dressing room windows, glasses and windscreens of cars with impact. Kabir Khan’s ‘83 is one of the most anticipated films of the year given its thematic significance and a strong cast. It managed to truly capture the essence of the era with its costumes, production and venue creating an authentic vibe of the time.

The film also stars Deepika Padukone as Romi Bhatia, Kapil’s wife. We witness the celebrity duo in a completely different outlook and to no one’s surprise, their chemistry is electric even through this four-minute trailer. ’83 also stars Pankaj Tripathi, Boman Irani, Saqib Saleem and Tahir Raj Bhasin, among others.

The cricket drama will release in Hindi, Tamil, Telugu, Kannada and Malayalam on December 24, 2021. Its new poster also came out recently and it puts the spotlight on the team that set the tone for India’s cricketing years to come. The project is jointly produced by Deepika Padukone, Kabir Khan, Vishnu Vardhan Induri, Sajid Nadiadwala, Phantom Films, Reliance Entertainment.