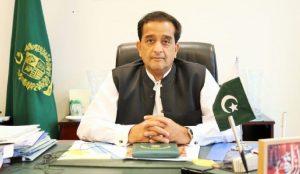 Pakistan is one of the world’s most water-stressed countries, with an annual water availability of 964 m3 per capita (Government of Pakistan, 2014). It has one of the highest water use and intensity rates in the world. The majority of the country’s economy is dependent on agriculture, hence water is essential. Furthermore, studies show that due to declining groundwater supplies, Pakistan may approach “absolute scarcity” water levels by 2025 (Government of Pakistan, 2018), adding to climate change-induced vulnerabilities of millions of poor people who lack water, food, and energy security. Approximately 2,000 people died, 3,000 people were injured, 1.6 million buildings and millions of acres of crops were damaged, and financial damages were estimated at USD 40 billion during the devastating 2010 Indus flood, which affected more than 20 million people. Pakistan has endured significant floods for the past six years in a row, which is unprecedented.
Pakistan Government has launched a “Recharge Pakistan” initiative with the vision of ecosystem-based adaptation that contributes towards better climate resilience, water and food security, and sustainable livelihoods in Pakistan. It will increase water storage and recharge through wetlands, floodplains, and hill-torrents management.
Special Assistant to the Prime Minister (SAPM) on Climate Change Malik Amin Aslam said the establishment of wetlands under the ‘Recharge Pakistan’ project would be initiated at three sites during the initial phase by January 2022. While addressing the ceremony, He stated that the Green Climate Fund (GCF) has approved the funds for the Recharge Pakistan project under the Ramsar Convention and that the government had also sanctioned the fund for the program.
Amin said: “The Ramsar Convention authorities held a study along the banks of River Indus and identified 15 sites feasible to develop wetlands to store floodwater wasted every year by the country.”
He went on to say that the government could only store 9% of the floodwater, with the remaining being thrown completely into the Arabian Sea. The project would not only help conserve floodwater rather would recharge the depleted aquifer or underground water reserve.