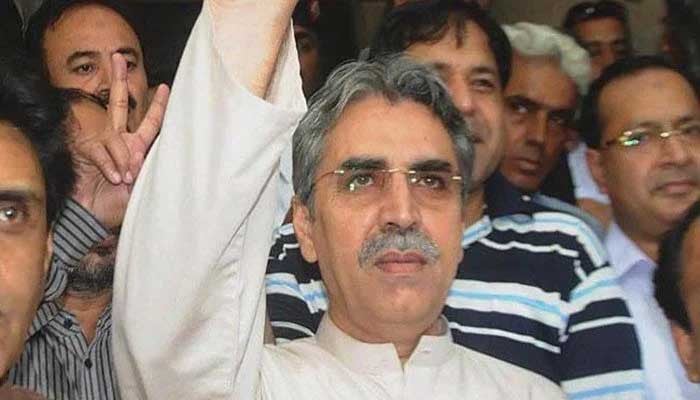 KARACHI: Central leaders of the the Muttahida Qaumi Movement-Pakistan on Monday said the rejection of the recently-passed local government bill by all major political parties has bewildered the Pakistan People’s Party supremo Bilawal Bhutto Zardari whose Monday’s press conference was full of bias and hatred.

Addressing a press conference at the party’s headquarters, the MQM-P’s central leader Aamir Khan accused the PPP supremo for using the ‘Sindh ethnic card’ to cover up oppression and injustice of its provincial government. Khan said that Bilawal said that those who’re calling the recently-passed local government’s bill a black law will have eat a humble pie and concede their mistake. “The MQM-P and all other political parties of Sindh have jointly been running their campaign for the rights of the people of the province,” Khan said.

He said that the new local government law was not only against the Constitution but also anti-democracy, anti-public and anti-Sindh and the 14 political parties at the MQM-P’s multi-party conference demanded the PPP’s provincial government to withdraw the law immediately.

He said the PPP considers seeking powers for the local governments an enmity with the country, adding, “The Constitution of Pakistan is not complete until the powers are transferred from the Federation to the provinces and then to the union committee level.”

He said the residents of Karachi and Hyderabad consider PPP a gang of tribal chieftains and landlords. “If the politics of hatred don’t stop and the PPP government continues to move with its agenda to divide people on the basis of ethnicity and urban and rural areas, the MQM-P would be forced to come on streets and stage protest,” he said. The MQM-P leader said Bilawal’s grandfather dismembered the country and then divided Sindh after promulgating urban-rural quota.

Khan said the PPP always complains about the attitude of the Federation. “But in the Sindh where it rules, it did not bother to meet and discuss the local government bill.” He said Mohajirs’ ancestors created Pakistan but today their offsprings are being denied equal rights.

“Later his father [Asif Ali Zardari] visited Nine Zero in 2008 to get the MQM’s votes, gave it several ministries in the government and kept the party’s governor from 2008 to 2013,” said Kamal.

Kamal said that despite provision of billions of rupees funds to the PPP’s chief ministers of Sindh since 2008, the province is in ruins. “The PPP’s leaders talking about Karachi did even do nothing for Larkana and Sehwan,” he said, adding, “the PPP squanders the NFC money through corruption and tell Sindhis that the institutions and Punjab are oppressing the province.”

Kamal said that there used to be one monster before the passage of the 18th Amendment. “Now after its passage, there are four monsters.”

He said the PPP had spent Rs2,300 billion on education in Sindh but despite it, seven million children are out of school in the province.

Meanwhile, Dr Farooq Sattar, senior politician and head of his own faction of the MQM, on Monday said the PPP’s provincial government has snatched the basic right of life from the residents of Karachi.

In a press conference at the Karachi Press Club, Sattar criticised the statement of Sindh Chief Minister and said Murad Ali Shah is describing the Mohajirs a minority but in democracy even a minority has an opinion. But the “ CM Sindh is even usurping that democratic right,” Sattar said. He said the PPP government in the past 13 years did nothing for the people of Karachi.