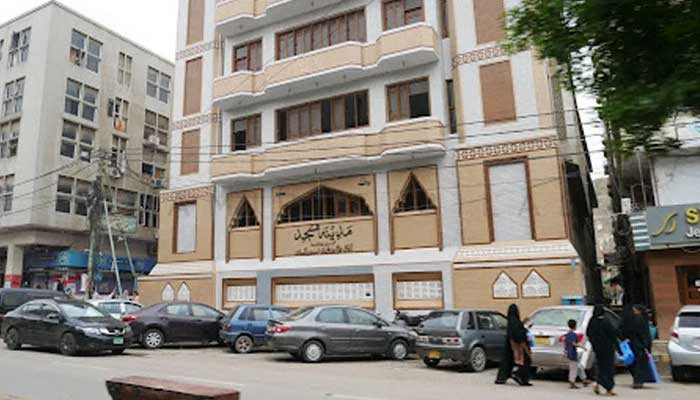 KARACHI: The Supreme Court Tuesday directed the administrator of District Municipal Corporation East to restore a public park on Tariq Road in PECHS area where an illegal mosque had been constructed.

The court also cancelled the Karachi Metropolitan Corporation’s license for construction of mosque at the Kidney Hill Park observing that the corporation had no authority to make such an allotment.

The court directed commissioner Karachi to explore the possibility of shifting the graves from the park to a properly declared graveyard in accordance with the law.

Hearing a petition against encroachment of public parks and playgrounds in the city, a two-member bench of the top court — comprising Chief Justice of Pakistan Gulzar Ahmed and Justice Qazi Mohammad Amin Ahmed — observed that unfortunately it was a common practice to build a graveyard or shrine to occupy the amenity land.

The court observed that a mosque could not be established until the land was declared as valid waqf. “These are places of residence rather than places of worship where there are no electricity bills or any other utility bills,” Justice Qazi Amin remarked.

He said there were several places where illegal constructions had been made but there was no one to object to it.

The court observed that even Masjid-e-Nabwi (SAW) could not be extended, as a woman had refused to give land for mosque extension.

Justice Qazi Mohammad Amin Ahmed observed that DMC administration had failed to perform its duties for protecting the public amenity and kept their eyes closed when the unlawful constructions were being raised.

The court observed that PECHS and Sindh Building Control Authority had allowed conversion of residential areas for construction of multistory buildings adding that days were not too far when PECHS will become a big Katchi abadi.

The chief justice observed that the entire city had been totally disfigured due to unauthorized constructions which could not be seen to be rectified.

The court questioned whether they were waiting for bombardment as solution to redevelop the city like several other European countries which were developed after bombardment.

The court observed that no solution was seen to rectify the unlawful construction in the city.

The court observed that private builders were selling slabs in residential areas and making money, while sewerage and water lines reserved for few houses were now being used for 30 to 40 families which were causing problems to the residents.

The court observed that all residential areas from North Nazimabad to PECHS area had been converted into commercial areas and multistory buildings had been constructed on such land.

The court expressed fear that millions of people might die in case of a magnitude 6 quake due to mushroom growth and unplanned multistory buildings in the city.

The court observed that government officials who allowed such conversion will be held responsible for killing of such innocent persons in case any mishap occurred due to unlawful constructions.

The court took exception to the conduct of government officers and civic machinery and observed that they were enjoying their jobs by getting perks and salaries but were unwilling to perform their duties required under the law.

Administrator DMC East acknowledged that a big mosque had been constructed on the park land and assured the court that it would be removed.

The court directed the administrator DMC East to restore the public park in place of mosque and submit compliance report within a week.

The court observed that it was duty of the state functionaries to see that no unlawful construction or encroachment was made on public land and directed commissioner Karachi to stop such practices.

The court took also took exception to the performance of civic agencies in the city observing that despite availability of the law, no action had been taken against unauthorized constructions in the city.

The court observed that it was a duty of the executive and government officers to protect the government land rather wait for the court orders.

Justice Qazi Amin observed that the attitude of government officers was not up to the mark and it was their duty to show their loyalty to the state and the Constitution rather individual persons.

The court inquired commissioner Karachi as to what action had been taken against unauthorized constructions in the city.

The court also took exception to the conduct of assistant commissioner East Asma Batool for delaying the demolition process at the Nasla Tower and warned her to be careful in future.

The trustee of Al-Fatah mosque submitted that there were provisions for construction of mosque on the Hill Park land and KMC had issued a license on April 25, 1983. The counsel submitted that assistant commissioner east demolished the structure of Al-Fatah mosque but allowed construction of another Bismillah mosque, a shrine and graveyard at the park.

The court observed that the entire layout plan of the hill park did not contain any provision for building a mosque but any person who wanted to say prayers was allowed to pray in whole of the park.

The court observed that KMC which was looking after the Kidney Hill Park itself had no authority to make any allotment or give license for construction of a mosque at the park and apparently the license issued by the KMC for construction of mosque was ex-facie illegal.