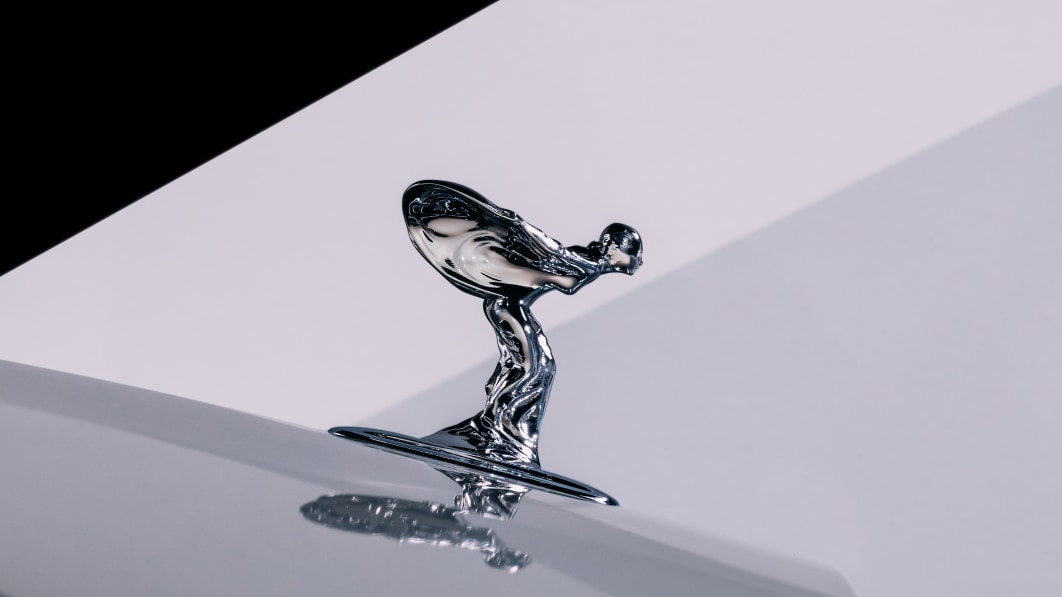 The first Rolls-Royce vehicle to wear this new Spirit of Ecstasy will be the upcoming Spectre electric car. Its design is tied to the brand’s electrified future, too. Rolls-Royce says the new design is sculpted to both look and be more aerodynamic than the outgoing model. Instead of standing with legs straight, tilting at the waist and feet together, the new ornament is “braced for the wind, one leg forward, body tucked low.” Height-wise, the new ornament is 82.73 mm tall, while the outgoing ornament was 100.01 mm tall. Plus, the robes (they’re not wings!) flapping behind her have been reshaped to be more aerodynamic and look more realistic. 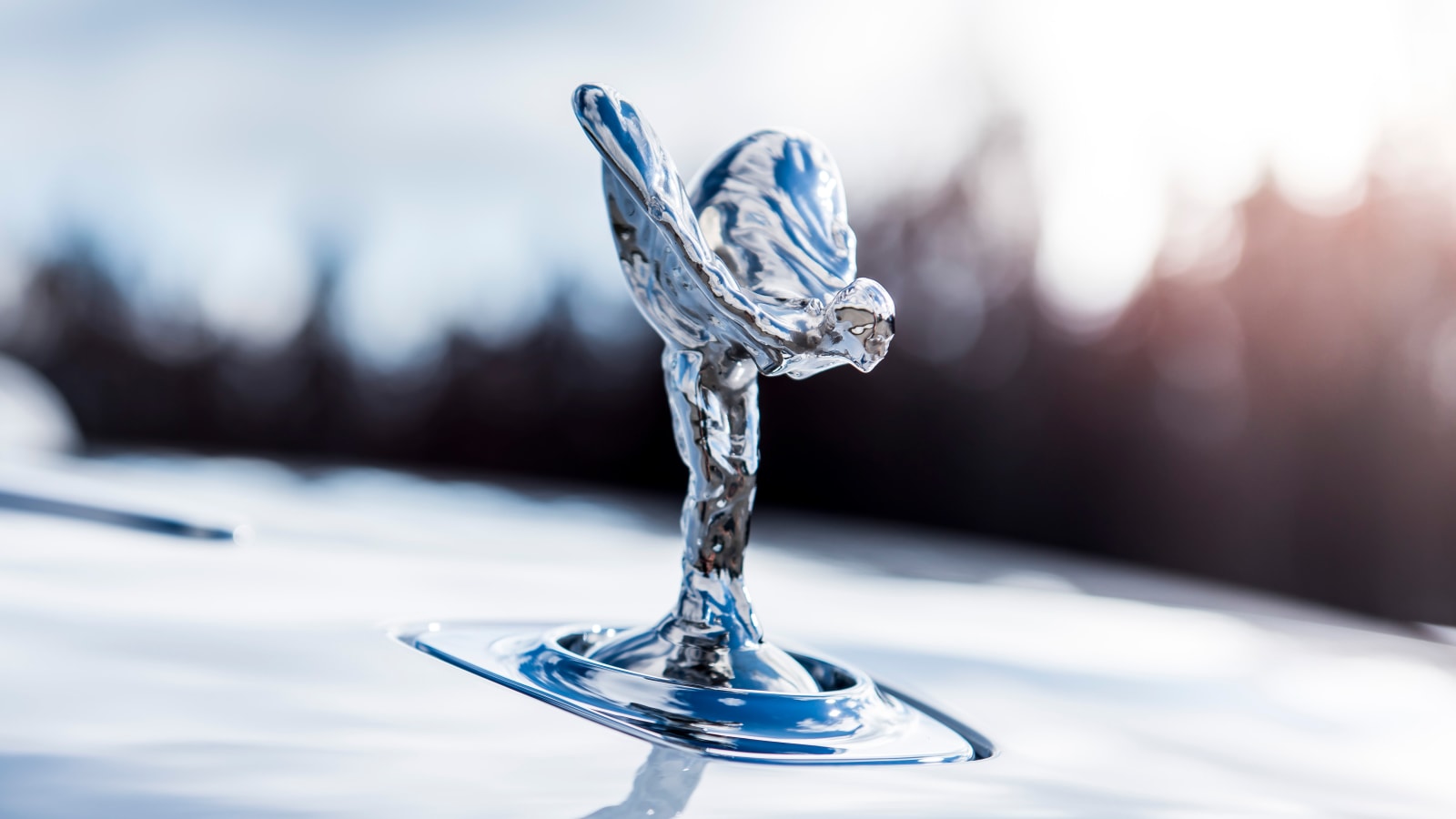 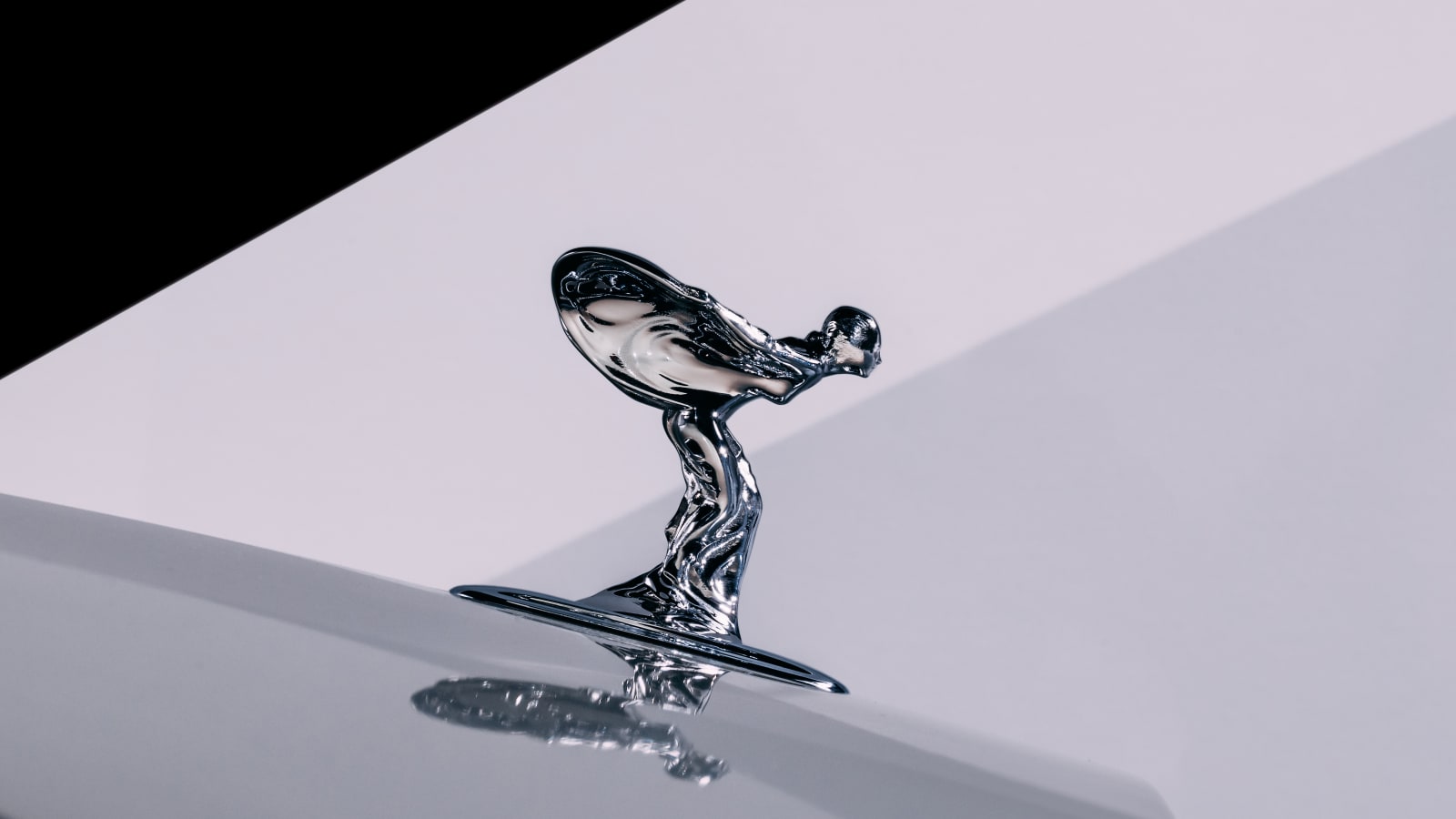 Why is aero such a great focus? Well, aero is everything when it comes to electric car range and efficiency. Rolls-Royce says its current Spectre prototypes have a drag coefficient of just 0.26, making the Spectre the most aerodynamic Rolls-Royce ever. That figure is expected to be even better once the production design is finalized, Rolls says.

“111 years ago today, the Spirit of Ecstasy became an official part of Rolls-Royce,” says design director Anders Warming. “Yet, she has come to represent a spiritual direction for our brand. Her form perfectly captures the marque – she leans forward, expressing our relentless pursuit of progress, and her dress gracefully flows in the wind, echoing the serenity of our products in motion. For Spectre and beyond, she becomes lower and more focused; braced for unprecedented speed and the exciting future her presence will define.”

The ornament is the product of 830 hours of design modeling and wind tunnel testing. Instead of drawing it out on paper or real-life sculpting, though, this Spirit of Ecstasy was designed via digital “sculpting” on a computer. That said, the actual construction of the ornament will continue to be finished by hand after undergoing its “lost wax casting.” This hand finishing process means that even in the age of computers, Rolls promises that every single ornament will be minutely different from the next — it’s about charm.

Rolls-Royce says that this new version of the Spirit of Ecstasy will appear on all future models, but the current design will remain in use for the Phantom, Ghost, Wraith, Dawn and Cullinan.