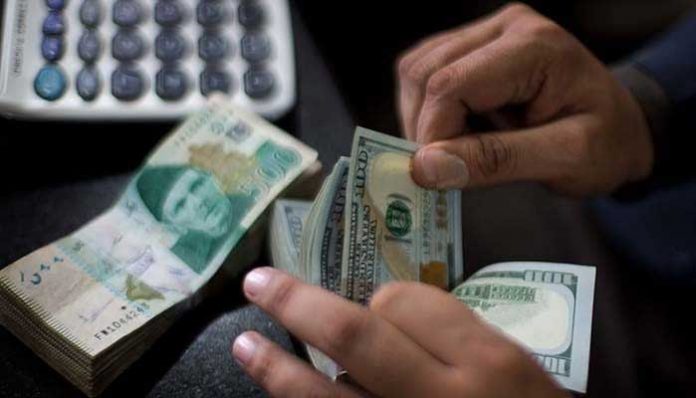 Political unrest in the nation caused the dollar to soar to a new high in the interbank market, where it ended Thursday just shy of Rs240. The rupee lost 3.92 or 1.63% during the intraday trade. The local unit closed at 236.02 per dollar on Wednesday, falling by 1.31% during the session.

The greenback has risen by Rs35.09 during the current month in interbank.

The pressure on the rupee is due to multiple factors including delay in the revival of the International Monetary Fund’s (IMF) program, the revelation of the financing gap and the outcome of July 17 by-polls in Punjab, former finance secretary Dr. Waqar Masood said while speaking to Geo News.

Explaining the reasons, the economic expert said the uncertainty in the financial markets increased after Finance Minister Miftah Ismail revealed that there is a gap of $4 billion which the friendly countries would provide. “Earlier, no one knew about it.”

Then the July 17 by-polls proved another destabilising factor, triggering fears about the political future, he said, adding that till today this uncertainty and instability is present.

Analysts see political instability as a continual risk to Pakistan’s economy. Worries about Pakistan’s financing needs, a huge current-account deficit, and stubborn inflation are now compounded, which will keep the local currency under a lot of pressure.

Fears about Pakistan’s faltering economy have increased as the rupee dropped by 33% versus the dollar since January this year, its foreign exchange reserves decreased to $9.3 billion as of July 15, and inflation is at its worst level in more than a decade.

In the international market, the dollar is strengthening against all other world currencies, and the rupee is no exception. Even though imports are reducing, Pakistan’s external account concerns have not yet been resolved.

Although the IMF has agreed to disburse a $1.2 billion loan disbursement, the inflows have not yet occurred because the executive board’s final approval is still pending.