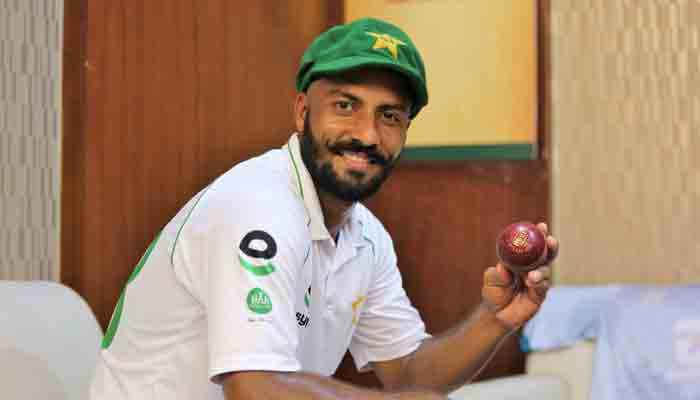 DHAKA: Off-spinner Sajid Khan Wednesday added another feather to his cap as he became Pakistan’s second off-spinner to take eight wickets in one innings.

He achieved the feat during the second Bangladesh Test played at the Sher-e-Bangla National Cricket Stadium in Dhaka. Khan levelled the record of Pakistan interim head coach Saqlain Mushtaq who bagged the figures of 8/164 against England in the Lahore Test in 2000.

Sajid Khan smashed the bating line of Bangladesh in the second Test and took eight wickets for 42 runs. Pakistan bowled out Bangladesh for just 87 runs in the first innings.

PM Imran Khan, once Pakistan’s most celebrated cricketer, ran through a Sri Lankan batting order in Lahore to finish up with figures of 8/58 in March 1982.

After rain hampered play for a day-and-a-half in Dhaka, the Test match was headed for a certain draw, given Pakistan declared their first innings on Day 4.

However, Sajid Khan breathed life back into the game, taking six quick wickets on Day 4 and then two again the next day, to finish with eight wickets.

Green Shirts have enforced a follow-on against Tigers and are eyeing a victory against the hosts.