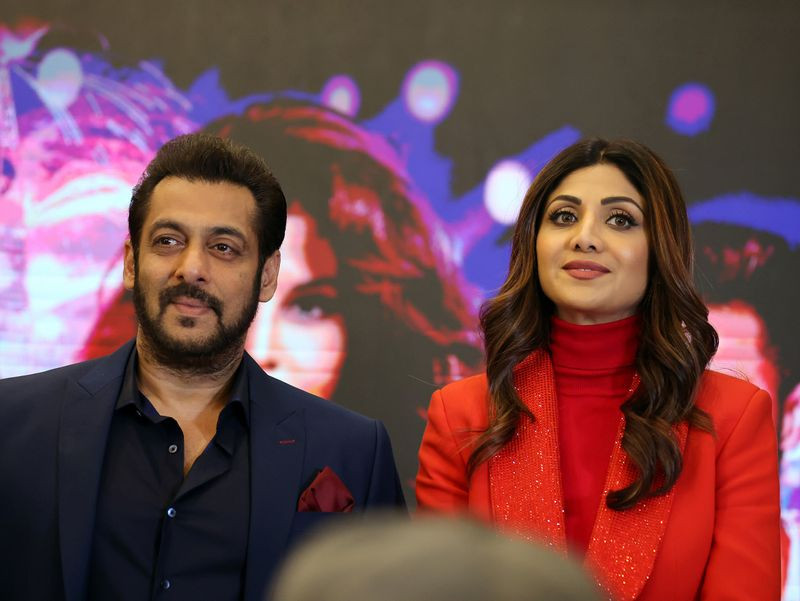 The Kingdom of Saudi Arabia is opening its doors for entertainment. Four years after the ban on cinemas was lifted in the country, Saudi Arabia recently hosted its first-ever film festival. However, it’s not just the film fest that received the hype; Bollywood star Salman Khan, too, had his famous Dabangg tour in Riyadh as well.

In a press conference held in the city, the Kick star showed his gratitude to be in Saudi Arabia and expressed his wish to shoot a film in the country.

He also went on to comment on changes in Saudi Arabia, Khan said, “I was here a few months ago in Dammam, I saw change then, and I see in these few months a tremendous change all over again. The fact that we are performing here for the first time is a change. I see the change on all your faces, I see smiles on your faces, and what better than having a smile on your face.”

He promised continuous entertainment to his fans here, saying, “I promise you that I very soon will come again with a lot more movies, and entertainment for you.”

On shooting his films in Saudi Arabia, and mutual cooperation, the Bajrangi Bhaaijan star remarked, “We will try some movies which I can shoot here as there are so many beautiful locations. Moreover, whenever I am required in Saudi Arabia for concerts and entertainment I will be available for that.”