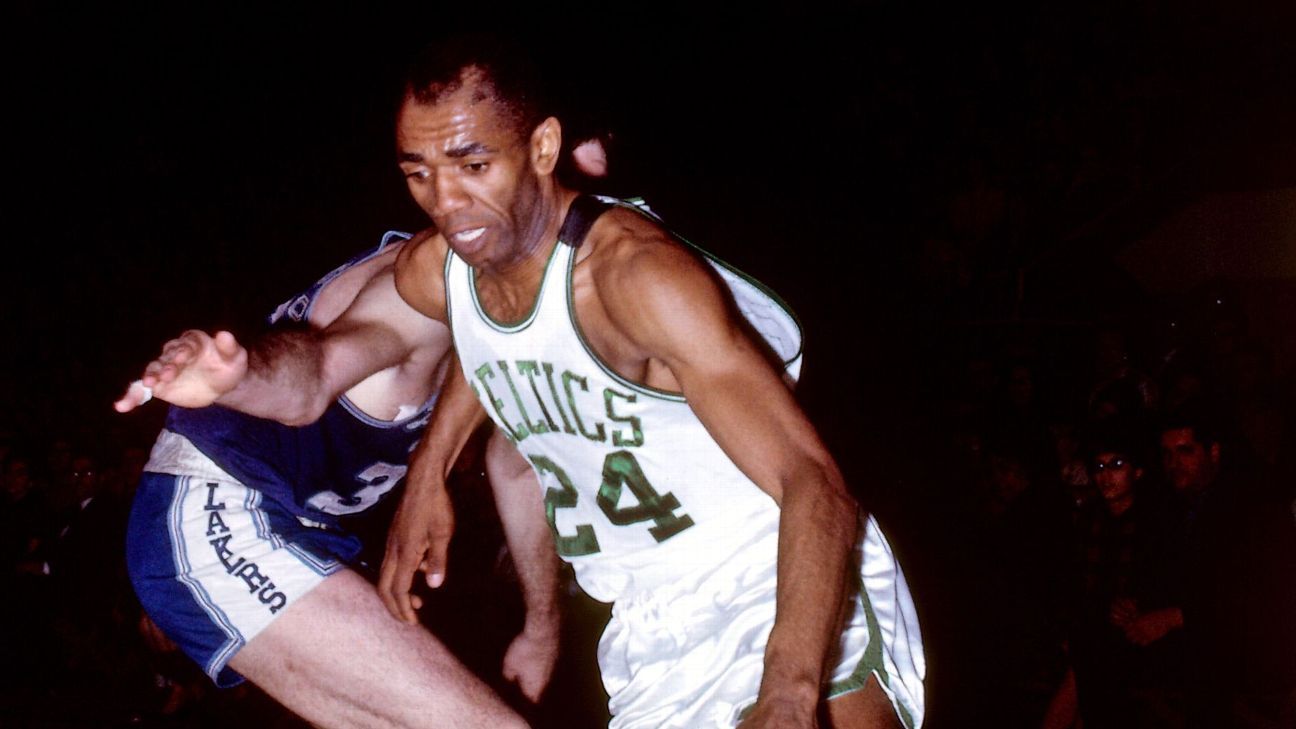 Sam Jones, a clutch scorer who won 10 titles with the Boston Celtics during their dynasty in the late 1950s and 1960s, has died at the age of 88.

Jones died Thursday night in Florida, where he had been hospitalized in failing health, Celtics spokesman Jeff Twiss said. The team has planned a moment of silence before Friday’s game against the Phoenix Suns.

Inducted into the Naismith Memorial Basketball Hall of Fame in 1984, Jones played all 12 of his NBA seasons with the Celtics. Paired with K.C. Jones in the backcourt, he was a shooting guard known for his quickness, his leadership on the court and one of the best bank shots in the game.

Jones was drafted sight unseen by Red Auerbach in 1957 out of North Carolina Central, a historically Black college. The Celtics were coming off a title, and Jones thought he had little chance of making it into the lineup, with Bob Cousy and Bill Sharman forming a legendary backcourt in Boston.

“I never felt so miserable in my life when I got the news,” Jones said at the time. “I really thought it was the end of my basketball career. Sure, I was thrilled with the honor. … I never thought I’d be able to break into the game, let alone the lineup.”

He averaged 4.6 points per game his rookie season, but Auerbach liked his speed, intelligence and team-first approach. When Sharman was sidelined by injuries early in the 1960-61 season, Jones got his shot to start and became a fixture on the championship teams.

“Sam was one of the great shooters of all time,” Auerbach once said.  “But he was team-oriented. All he wanted to do was win. … The great athletes, they played for pride.”

Jones was a five-time All-Star and finished his career with 15,411 points, averaging 17.7 points per game. He led the Celtics in scoring for three seasons, and when he retired, he held the franchise record for most points scored in a game with 51, a mark that was broken by Larry Bird. Jones’ 10 titles are the second-most of any player, behind teammate Bill Russell (11).

Russell once said that if there was one shot to be made to win the game, he would want Sam Jones to take it.

Jones burnished his reputation for clutch scoring during the playoffs. In Game 7 of the 1962 Eastern Conference finals against the Philadelphia Warriors, Jones hit a game-winning jumper with two seconds remaining over the outstretched arms of Wilt Chamberlain. In the Finals against the Los Angeles Lakers that year, Jones scored five of the Celtics’ 10 overtime points in Game 7 to help the team to its fourth straight title.

He retired from basketball in 1969 at the age of 36. In his final game, a Celtics win over the Lakers in Los Angeles in Game 7 of the Finals, Jones scored 24 points.

At a ceremony to honor him after his retirement, Auerbach said, “I would like to thank Sam Jones for making me a helluva coach.”

After retiring, Jones became a substitute teacher in Maryland. He continued to teach for more than 30 years.