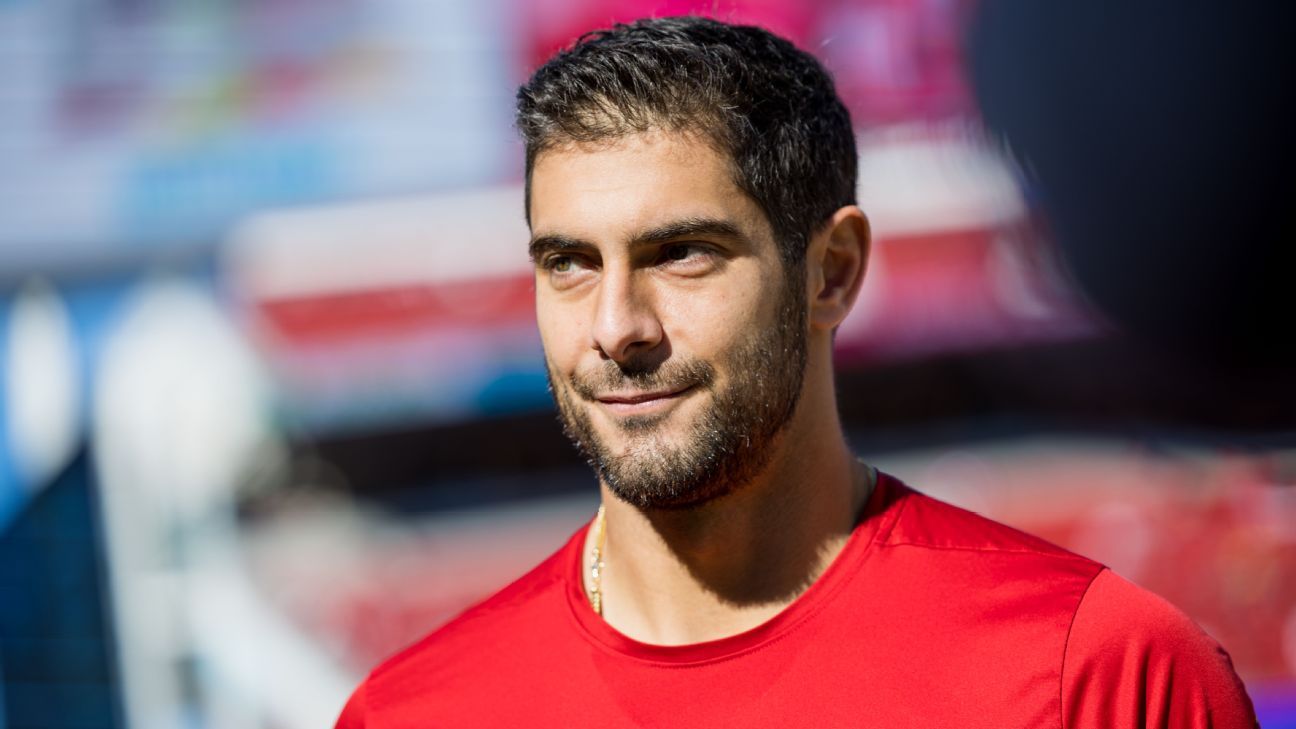 The past three days, a variety of comments from Shanahan and other 49ers and Friday’s injury report at least made clear that Jimmy Garoppolo does, indeed, have a chance to return this week from the right thumb injury that kept him out in Week 17.

Officially, Garoppolo is listed as questionable on the injury report after participating in all three practices on a limited basis. He still split reps with rookie Trey Lance, who started against the Houston Texans in his place last week.

But don’t mistake Shanahan’s silence with indecision. There’s a plan in place; he just doesn’t want to reveal it yet as the 9-7 Niners enter Sunday needing a win or tie or a New Orleans Saints loss or tie to qualify for the playoffs.

“I’m not deciding Sunday morning,” Shanahan, who said Wednesday he wasn’t going to name a starter before Sunday, said. “We don’t have any practice left. I know where Jimmy is at today. I know where Trey’s at. I know where our team is at. I feel pretty good about where we’re at. I’m excited to get to Sunday.

“I’m really glad I have no press conferences after today, so once I survive this, I’m done talking about it. I think we’ll be good after that, but I think you guys understand why you don’t announce it. But regardless, especially with Trey playing last week, we have got two guys here with some experience that our team feels good with and we’ll see how it plays out.”

While Shanahan played similarly coy last week, there was little doubt Lance would start against Houston because Garoppolo didn’t practice at all during the week and Shanahan repeatedly pointed out that Garoppolo could use the extra time to potentially play against the Rams.

This week, there’s a bit more doubt, though there are plenty of signs that Garoppolo will reclaim his starting job against a team the Niners have beaten all five times Garoppolo has started against them.

Teammates such as tight end George Kittle and receiver Deebo Samuel mentioned that Garoppolo was throwing the ball well in practice, though Garoppolo acknowledged Wednesday that throwing will be more about pain management than his ability to do it.

“Jimmy just looks like Jimmy to me,” Samuel said. “Same confidence, same throws, same ball, same energy, same everything. I don’t think he took a step backwards. It doesn’t look like to me like his thumb hurts and he’s out there doing a good job this week.”

Shanahan didn’t offer many specifics but said Friday that Garoppolo had “a good week of practice when he was in there and I feel good with where he’s at right now.” Earlier in the week, Shanahan said Garoppolo would not need to be 100 percent to play against the Rams.

According to Lance, he and Garoppolo split reps with the starters during team drills. Garoppolo has been wearing a sleeve over his right hand and thumb with tape over it in an attempt to keep it stable.

Remaining concerns exist about how well Garoppolo would hold up over the course of a full game, especially when it comes to taking snaps under center and any potential hits the thumb might take.

“That is something that we’ve had to be mindful of, that we’ve tried to not overdo,” offensive coordinator Mike McDaniel said. “One of the biggest motivating factors in deciding on Sunday, is whether or not he can handle the ball.”

For Lance’s part, a second week of meaningful snaps with the starters has been helpful. He went 16-of-23 for 249 yards with two touchdowns and an interception for a passer rating of 116.0 in his second NFL start last week.

After watching it back, Lance said he felt like there was good and bad, but he learned a lot from every snap. That seems to have served him well in practice this week, as Shanahan said Lance was “a little bit better” this week than last.

Which means the Niners and Lance have a bit more confidence in the rookie to play if needed and could even use Lance situationally as they did in the opening weeks of the season.