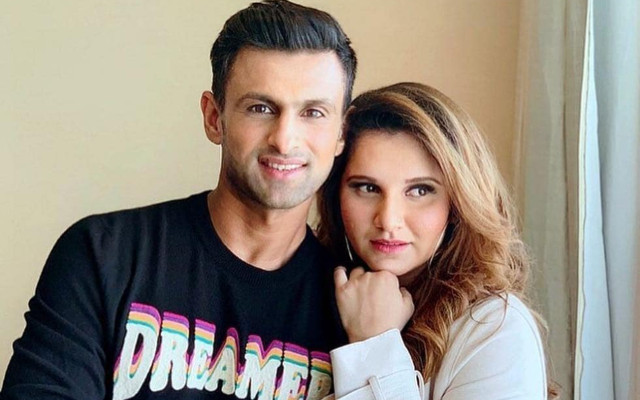 
Those following the athletic powerhouses Shoaib Malik and Sania Mirza since over a decade know how their dating news single-handedly saturated the cross-country rivalry between India and Pakistan. While there were critics and harsh opinions, the couple eventually brought the two countries together to celebrate the junction.

In an interview with Express Tribune, Sania hinted that we might get a chance to relive it all again. Speaking on the tangent of biopics trending in the cinematic world, the ace tennis star revealed that the couple have been approached for one about their lives too. “We are in touch with a few people. Due to Covid, all processes are a little slow but it is definitely in process.”

The athletic duo recently announced their own chat show called The Mirza-Malik Show. Tipped to be premiered on Pakistan’s first OTT platform, Urduflix, the celebrity husband-wife will host a string of pop cultural icons from both India and Pakistan. With Sania’s close friends in Bollywood and Shoaib’s network with the Pakistani showbiz, they’re both equally relevant in the world of glamour and glitz.

Upon the chances of them signing films together, the tennis player dismissed the thought almost immediately but then blurted out a novel “never say never.” She added, “I can’t speak for Shoaib but I don’t think I can be an actor. I’m shy in front of the camera. I think it takes a lot of courage so I don’t think I’ll have any scope in the acting world. We always say never say never, though.”

Shoaib and Sania recently took a trip to Pakistan for the launch of their personalised fragrances, All Rounder and Smasher, respectively. The two have also taken to social media to announce their NFT collection launching soon. Upon expanding their business ventures, Mirza responded with a firm yes to being open to all kinds of things in the future.

Speaking about her retirement next year, she continued, “Ab kuch toh karna parega. (We have to do something now). Our chat show will go into shooting soon. Even with the perfume launch, we had a lot of fun with the experiment. Shoaib and I like doing different things so yes, maybe.”

The publication challenged Mirza’s camera shyness due to her comfortable screen presence and quick humorous comebacks on TV shows and interviews. She also posts a lot of TikToks on social media. Responding to that, the 35-year-old tennis champion said, “My sense of humour is always on point. There’s no question about that. When I said I’m shy on camera, it’s the acting part. I don’t think I can act.”

Referring to her casual endeavour on The Kapil Sharma show, Mirza added, “Kapil and I go a long way back. We’re very good friends so there’s a comfortable space because of that as well. Now when I’m making an appearance on his show, he asks me to keep the roasting to a minimum. It’s all fun and games on shows.”

Like wife like husband, Malik is also known for his stellar sense of humour. About how they navigate through arguments and fights with their comic attitude, Mirza assured they don’t fight that often.

“We are both from stressful and emotionally charged professions but our chemistry is really strong at home. We joke around and laugh at life together. We have to take it easy at home. But we do have serious fights as well, and then our sense of humour is kept aside.”

On how Shoaib reacted to her wife’s retirement, Mirza revealed that everyone was a little surprised. While it wasn’t a sudden impulsive decision, she did not tell her family and close ones that she was going to make it official. “Yes, he was surprised but we have been each other’s biggest supporters in our professional spheres throughout. As individuals and athletes, we know how our bodies respond and our expectations with it. He told me ‘Whatever decision you make, I have your back.”

The couple has shared in earlier interviews that their love story began in Hobart, Australia in 2009, with Mirza deeming it an act of destiny given the country’s near-dead social scene. However, in reality, it was revealed to be Shoaib’s chase plan to get the girl.

The cricketer revealed that when the two first met in 2003, Sania wasn’t all that welcoming and didn’t show interest in him. In response to Shoaib’s comments, the tennis player replied, “We are all aware of the image cricketers had. Of course, I had to be careful.” Shoaib added cheekily, “Yet you decided to marry one after all.” The couple has created a home in Dubai, a mid-point for both of them when it comes to matters of travel and otherwise.