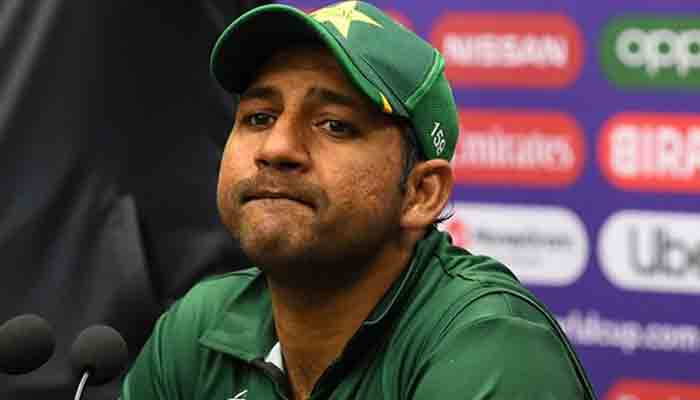 Former national cricket team captain Sarfraz Ahmed has opened up for the first time since he was dropped from the team saying he is “happy” and urged the fans to avoid giving meaning to his social media poetry.

Speaking at a function in Karachi, the cricketer said that he is not sad over the development.

“I am happy and watching dramas nowadays to pass time. I am enjoying my cricket.”

Sarfaraz Ahmed was excluded from the squad announced for the white ball series against West Indies after which he tweeted, “Karte hain meri khamio ka tazkira is terha, log apne amaal main farishte hoon jaise (People talk about my flaws as if they are angels themselves).”

While responding to one of his Insta Stories, in which he wrote a couplet edited on his picture, the right-handed batter said that the poetry was inspired by the drama Pari Zaad, which he is watching these days.

“Don’t try to give meaning to my social media poetry, he stated.