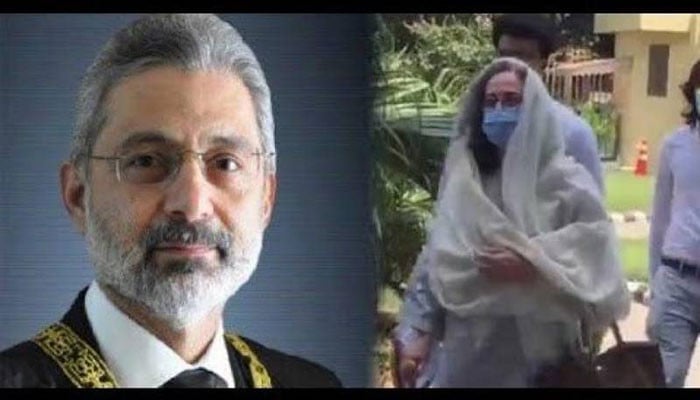 ISLAMABAD: The government sources said on Saturday that for sale/ purchase of any property in Defence Housing Authority (DHA) or transfer of property in case of foreigners’ involvement, security clearance was a legal requirement, and the same was done regarding Mrs Sarina Isa case.

“As per instructions, necessary clearance has to be ensured in case of mutation of property to foreign nationals,” the government official said. The representatives of the government departments did not barge in the house of Mrs Sarina Isa in Karachi rather they acted as per laid down procedure.

“They acted as per laid down procedure. They were invited in by Mrs Sarina Isa’s clear permission and they did not barge in,” the government sources said in response to allegations levelled by Mrs Sarina Isa in her letter, addressed to federal ministries and the Sindh government’s Home Department.

An official of the federal government said father of Mrs Sarina Isa, Mr Abdul Haq Khoso, passed away in 2020. The said house in DHA Phase-V Karachi was in her father’s name. In November 2021, a request to Estates Office was filed by Mrs Sarina Isa’s brothers — Nazir Khoso (US national), Omer Albert Carrera (Spanish national) — for transfer of the house in their names. Both are foreign nationals holding Pakistan Origin Cards (POC).

Therefore, the Estates Office approached the offices concerned for the needful which, in turn, asked the officials to complete the procedural requirement as per routine. The sources said that giving an impression that Mrs Sarina Isa and her family were harassed or anything unusual was done was totally wrong and against the facts.

The government sources said interestingly without even waiting for any official response to any complaint from the ministries concerned, a routine procedural inquiry had been made to look controversial by peddling misleading half truths on the social media.

He said that maligning the departments for even doing their job is extremely deplorable.

The wife of Supreme Court senior judge Justice Qazi Faez Isa had said in a letter that some people entered her house on Dec 29, harassed her and hurled threats at her.

She said that the unidentified persons did not provide any written authorisation and they did not give any official letter to her.