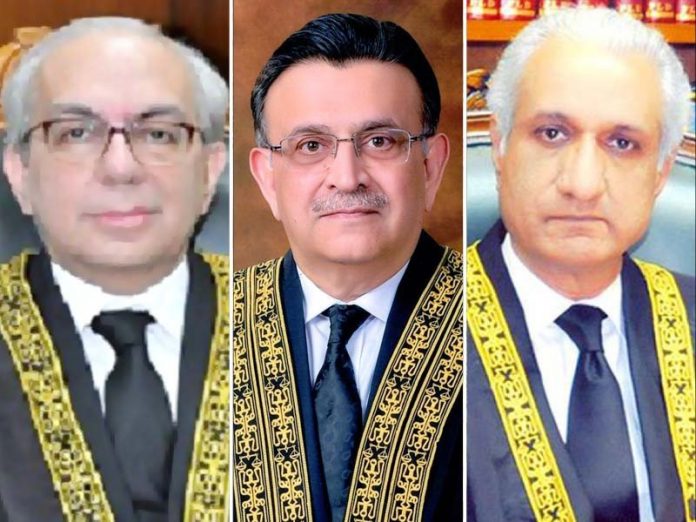 In a devastating blow to the nascent Shehbaz Sharif-led ruling coalition, the Supreme Court on Tuesday struck down Punjab Assembly Deputy Speaker Dost Muhammad Mazari’s ruling on the election of Punjab chief minister, paving the way for PTI’s Chaudhry Pervaiz Elahi to ascend to the throne in the country’s political heartland.

In the conclusion to a hearing that has gripped the country for the past four days, a three-member bench, comprising Chief Justice Umar Ata Bandial, Justice Ijazul Ahsan, and Justice Munib Akhtar, announced an unusually harsh verdict after over a three-hour delay.

“The governance of the province of Punjab ibythe Constitution has been subverted whereby the fundamental rights of the people have been seriously infringed,” said the top court in its 11-page short order.

“As a result, the ruling dated 22.07.2022 issued by Respondent No1, Deputy Speaker, the Punjab Assembly is set aside and declared to be void, without lawful authority and of no legal effect,” read the order.

BBythe order, PML-N’s Hamza Shehbaz lost his status of the “trustee” chief minister. All the advisers and assistants appointed by Hamza were also ordered to be relieved of their duties.

The court declared the ten votes of the PML-Q lawmakers, which were rejected by the deputy speaker, citing party chief Chaudhry Shujaat’s letter in the CM election, as valid.