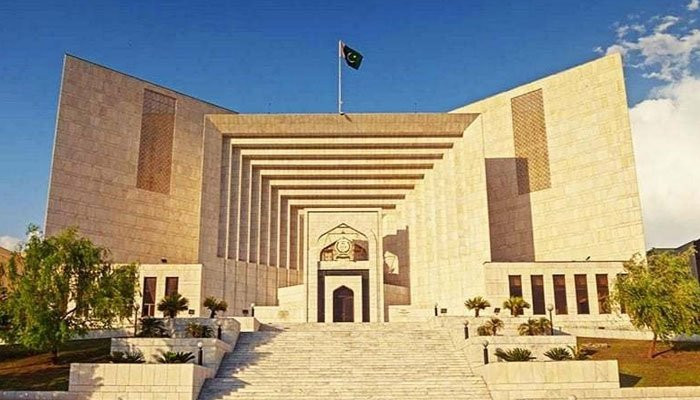 ISLAMABAD: The Supreme Court ruled out on Monday the verdict announced by the Lahore High Court (LHC) declaring Ravi Riverfront Urban Development Project (RRUDP) illegal and, instead, ordered the Punjab government to resume work on the project.

The LHC had declared the RRUDP illegal while announcing the verdict on pleas challenging the project last week. After this, the provincial government reached out to the apex court seeking nullification of LHC’s verdict.

During today’s hearing, Justice Aijazul Hassan Lanjar inquired about the flaws in the LHC verdict.

“You don’t even know what the case is about,” the judge remarked.

Justice Muzahir Naqvi remarked while addressing Punjab AG Awais that it seemed like he had come unprepared for the hearing.

At this, the provincial advocate-general informed the court that the Punjab government was not a party in the case LHC announced the verdict for.

“There were 18 petitions [challenging the RRUDP] in total. Not being a party in only one petition doesn’t make a difference,” Justice Lanjar remarked.

He said that the Punjab government had presented its stance in the high court.

“Don’t go into technicalities,” the judge warned the government lawyer, directing him to give a solid argument.

Justice Lanjar further stated that the case records suggested that the land acquisition for RRUDP had also been challenged in the petitions, therefore, the government’s lawyers should refrain from making false statements before the court.

Meanwhile, the counsel representing Ravi Urban Development Authority (RUDA) maintained that the housing societies were the petitioners in LHC.

At this, Justice Naqvi remarked that it was because the conflict housing societies’ interest was evident here.

The government’s lawyers managed to move the court to rule out the LHC’s verdict.

After hearing the arguments, the SC nullified the challenged verdict and directed the government to continue work on the RRUDP.

Moreover, the court issued notices to the parties, making it clear that the work can be carried on only on the sites whose owners have been paid for their land.

The court stated that it will figure out if inter-court appeals against the LHC verdict are maintainable or not.

“The case will be forwarded to LHC if the appeals are maintainable,” the apex court remarked.

It gave the observation that the LHC referred to the US laws but there is a difference in situations in the US and Pakistan.

Last Tuesday, the LHC had declared the RRUDP illegal while announcing a verdict on the petitions challenging the mode and manner of the land acquisition proceedings undertaken by the RUDA.

The court directed the Authority to return the money it had acquired from the government within two months.

Later, Prime Minister Imran Khan revealed the provincial government’s plans to approach the SC on the case with “better preparation.”

Speaking to journalists during his visit to Rakh Jhok forest on Friday, the prime minister had said this time, the case would be presented in a better manner to appraise the court about the significance of the project in view of urban development and civic facilities.

The PM said there was a misconception about the Ravi Urban project that it was a housing society. Instead, he said, the grand project aimed at correcting the faults in the wake of unplanned construction of the city.

The petitioners’ counsels objected that if the project was bereft of environmental impact assessment, how could it be presumed of public purpose. They argued that the project would deprive the farmers of their precious land and such deprivation was an infringement of fundamental rights.

On this, the LHC had stayed the the process of land acquisition for the project for not meeting the legal requirements and environmental laws over the petitions.

However, the government of Punjab was of the view that since Ravi Urban Authority (amendment) Ordinance 2021 was passed to cover legal infirmities, the stay orders granted by the court and the petitions against the project stood infructuous.