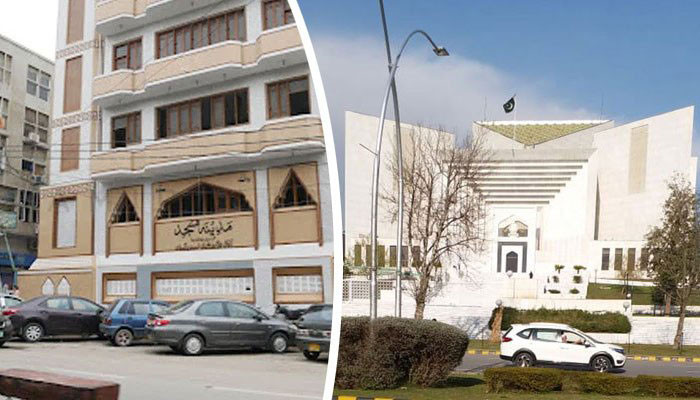 ISLAMABAD: The Supreme Court on Tuesday rejected the plea of Attorney General for recalling its order to demolish the Madina Masjid at Tariq Road, Karachi.

A three-member special bench of the apex court, headed by Chief Justice Gulzar Ahmed, adjourned the case for January 13 and sought a comprehensive report from the Sindh government.

The chief justice said that the order passed for removing encroachments from the park would not be recalled adding that if they recalled their orders, then what would be the purpose of the whole exercise.

Justice Qazi Muhammad Amin Ahmed, another member of the bench, observed that constructing a mosque on encroached land is an un-Islamic step and Islam does not allow such steps. The judge further said that religion was being used for land grabbing.

The Attorney General, however, requested the court to review its earlier decision of December 28 pertaining to demolition of the mosque adding that due to the court’s order, several questions were being raised.

The chief justice, however, told the AGP that the Government of Sindh should give an alternate piece of land for the construction of the mosque. We have seen this park where encroachments have been made, the CJP said.

The Attorney General said he knew that it was the duty of the state and provincial government to allocate land for the construction of mosque but would request the court to recall its order of razing the mosque.

The AGP further submitted that religious tension was on the rise since the order was passed for razing the mosque. “We can only order that the mosque may not be demolished till the provision of new space for its construction,” the CJP told the AG. The Attorney General submitted that as the Sindh government was not a party in the case, therefore, it would be appropriate that a comprehensive reply was sought from the provincial government.

Till the reply of the provincial government, the demolition of the mosque be stayed, the AG requested. The chief justice, however, observed that the order pertaining to demolition of encroachments from the park would not be recalled and rejected the plea of the Attorney General.

The Supreme Court had ordered to demolish a mosque, shrine and cemetery built on an amenity park land near the Tariq Road.

The Jamiat-e-Ulema Islam-Fazl leaders had reportedly announced that the party would protect the mosque under all circumstances. JUIF Sindh leader Qari Muhammad Usman had said the apex court should review its decision about the demolition of mosque.