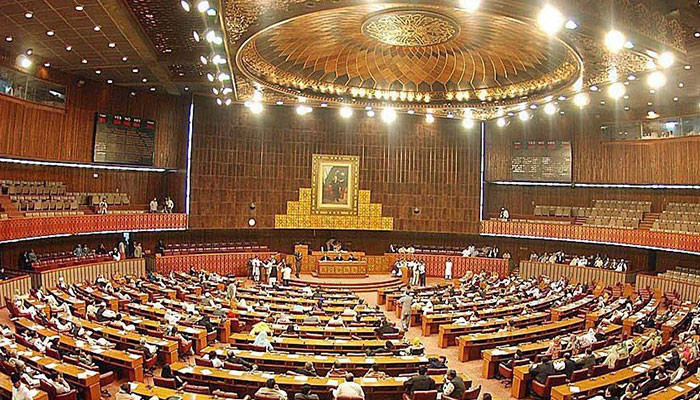 ISLAMABAD: The Senate Standing Committee on Finance on Wednesday termed the mini-budget as an attempt to bring a tsunami of inflation in the country. “The revenue of the government is being increased at the cost of oppressing the common man,” stated Senator Farooq Hamid Naek. The committee unanimously believed that the money bill will bring a negative impact on the common man with the poor as prime sufferers.

The committee unanimously apprehended that changes in the GST regime in particular with regard to pharmaceutical companies will raise the prices of medicines. The committee, after receiving a detailed briefing from the Chairman Federal Board of Revenue (FBR) on the salient features of the tax reforms, decided to adjourn the meeting till tomorrow January 6 to give a clause-wise reading to the Finance (Supplementary) Bill, 2021 and give recommendations under Article 73 of the Constitution. Senator Farooq H Naek also objected to inclusion of Finance Minister Shaukat Tarin’s name in the Tax Directory for parliamentarians for 2019 when he was not a member of the Senate. The chairman FBR replied that if the committee has an objection, his name would be excluded from the Tax Directory.

The Senate Standing Committee on Finance met under the chairmanship of Senator Muhammad Talha Mahmood to consider the Finance (Supplementary) Bill, 2021 on Wednesday.

At the onset of the meeting, the committee raised an objection on the unconstitutional order of the House to finalize the consideration of the Bill within two days whereas 14 working days are required to deliberate on the Bill as per the Constitution.

The chairman FBR, while terming the tax reforms the most significant tax policy reforms in the history of the country focusing on removal of distortions and not on imposing new taxes, gave a comprehensive briefing on the background, salient features of IMF-FBR engagement, changes in the GST regime, changes in income tax, changes in Federal Excise Act, changes in Customs Act and targeted subsidiary items.

The chairman FBR termed the reforms on the basis of “No tax Exemptions — only targeted subsidiary”. The tax system is mechanized to increase the revenue with the underlying principle of “Collect and Spend.” The FBR apprised the committee that the IMF demanded 17pc GST across-the-board and withdrawal of exemptions of Rs700 billion and conceded Rs343 billion. The chairman FBR informed the committee that the new reforms have deviated from the rule of the thumb with the Value Added Tax i.e. 17pc GST across the board without any exemptions. He defended reduced rates of GST on agriculture tractors, fertilizers, inputs of fertilizers sector, pesticides, used clothing, footwear and cinematographic equipment. The FBR chief also defended imposition of GST on food items e.g. wheat, flour, wheat bran, rice, vegetables, fruits, pulses, fresh poultry, fish and meat (consumed by common man), milk and fat filled milk, sugarcane and beet sugar (raw materials), education books and stationery items, etc. The FBR briefed the committee on the exemptions that the government intends to give to various sectors, which includes Rs71 billion on goods and Rs2 billion on the common man use products, Rs160 billion on pharmaceutical products and Rs112 billion on machinery with GST refundable/adjustable.

The committee was apprised by the FBR of the present regime of the pharmaceutical sector. The FBR informed the committee that out of 800 manufacturers, only 453 are registered, Rs35 billion input tax is passed to patients (packing, utilities, etc), Rs530 billion undocumented supply chain, Rs700 billion turnover and exempt input and output documentation issues.

The FBR informed the committee that the sales tax on pharmaceutical sector will be imposed at the import stage, with zero rating of sales of medicines. The new reforms will also give expeditious payment of refunds (within 1 week) and reduction in prices.