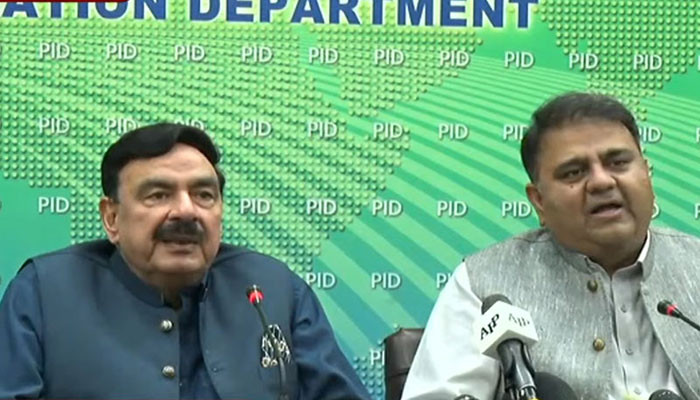 Speaking during his book launch ceremony, titled ‘From Lal Haveli to United Nations’, Rashid said since he was also the information minister in the past — that too not once, not twice, but thrice — he knows the importance of maintaining a congenial relationship with the media.

“Fawad is a great man, however, I tell him not to fight with the media,” the minister said. Speaking on the occasion, Fawad mentioned that the home minister was sent to jail for the first time by his uncle, Shahbaz Chaudhry, but the two later became friends. Meanwhile, Federal Minister for Planning and Development Asad Umar, who was also present at the ceremony, said: “Rashid is a unique figure in our politics.”