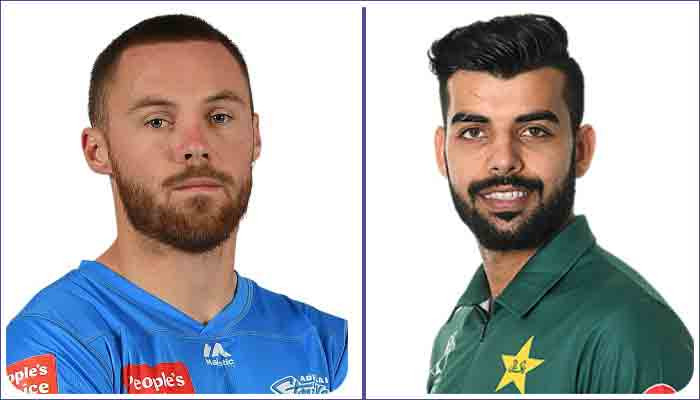 Pakistani all-rounder Shadab Khan Monday decided to hold a Twitter Q&A with his fans which turned out to be a popular one and continued to trend on social media for several hours.

During the #AskShadab session, the Pakistani cricketer responded to a number of queries he was asked by fans. Some international cricketers also asked a few questions from the Pakistani all-rounder.

England’s Phil Salt and Sharjeel Khan jumped in and asked some interesting questions.

The English cricketer wanted to know if Shadab was a zoo animal then what would he like to be and why.

To this the Islamabad United skipper said: “Salty this is why I avoid talking to u (emoji).”

On the other hand, Sharjeel Khan was keen to know when Shadab Khan is getting married and with whom.