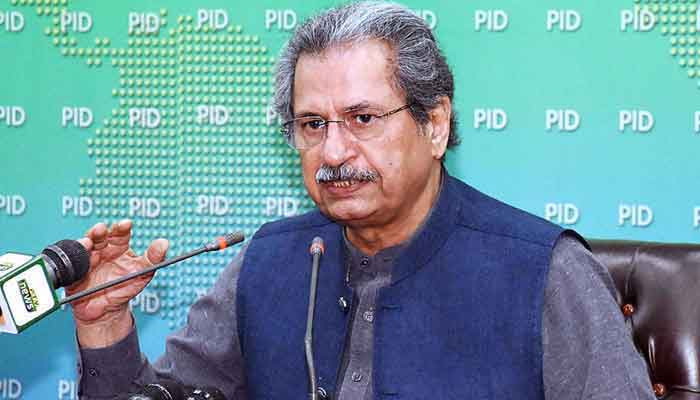 Shafqat Mehmood is likely to take the important decision today after an earlier meeting by the National Command and Operation Centre (NCCO) remained inconclusive.

According to a report in Dawn.com, a decision regarding the winter break is expected to be made by the federal education minister after consultations with NCOC chief Asad Umar and Dr Faisal Sultan, the prime minister’s special assistant on health.

“Earlier the ministry and secretaries had agreed upon Dec 25 as the date to begin winter vacations, but the NCOC did not agree to it,” a senior officer in the education ministry told the publication.

Shafqat Mahmood, after the meeting on Tuesday, had tweeted that the agreed proposal was that winter holidays should be from Dec 25 to Jan 4 and further notifications will be made by the concerned governments.

However, the report said that the NCOC meeting recommended that the vacation be postponed till the second or third week of January so that the ongoing vaccination campaign in educational institutions could be completed.

There was no statement from the apex COVID-19 body about the decision nor did the education ministry make an announcement in this regard, leaving students in the lurch.

The Sindh government has already announced winter vacations in all educational institutions from Dec 20 to Jan 01.