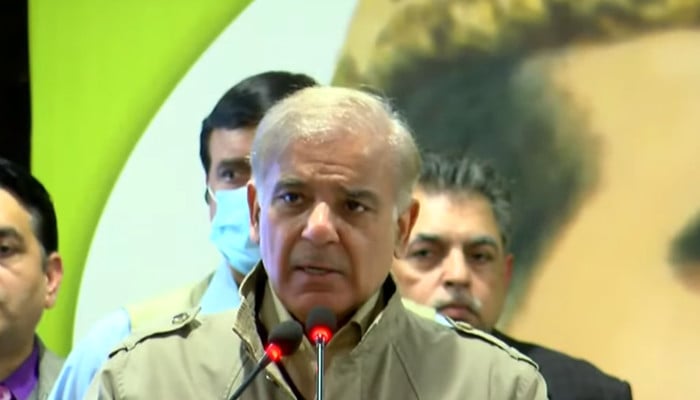 “God forbid, if this government is not sent packing, we might see Pakistan’s khuda hafiz — so gear up,” the PML-N president said while addressing a gathering of the party in Lahore.

The PML-N president said the time has come to end this government “which was formed as a result of rigging”, as he claimed that Quaid-e-Azam “must be turning in his grave”.

Slamming the PTI for its policies, he said: “I had revealed this 3.5 years ago that a NAB-Niazi nexus exists. They have mortgaged the country to the IMF (International Monetary Fund.”

Taking a jibe at Prime Minister Imran Khan, he said if the premier likes unveiling projects “so much”, he should have informed him, as he would award him a plaque for “unveiling so many plaques”.

Rafique called on PML-N and PPP to join hands and initiate a political struggle, as he claimed that Imran Khan was not a part of the political fraternity.

The ex-federal minister said joining hands was the only option to take the country forward and noted that pulling each other’s legs would not help them progress.

“The state faces threats from within; we will have to think that we will be safe only if the country exists, so, do not play with its integrity,” the PML-N leader warned.

Rafique advised the state to not patronise anyone and not fall when a group stages a sit-in.

“We have seen several things in the last three-and-a-half years […] Shabbar Zaidi and Razak Dawood are saying that the country is bankrupt.”

“If the government does not accept its wrongdoing, how will the process of forgiveness begin?” he questioned.