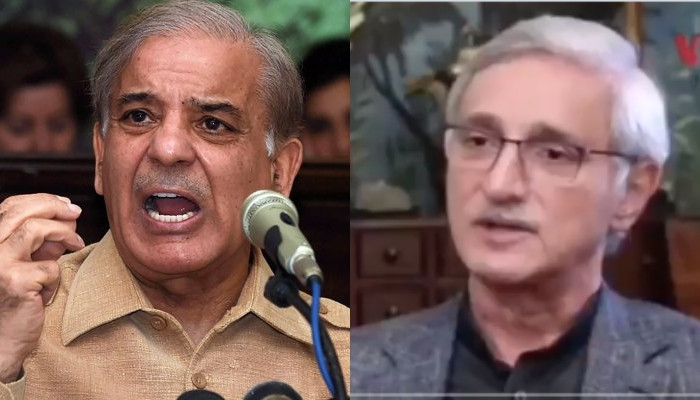 Leader of the Opposition in the National Assembly Shahbaz Sharif has reportedly made contact with PTI leader Jahangir Tareen and the two leaders are expected to meet soon, Geo News reported Wednesday, citing sources.

According to the sources, talks between the two leaders has been going on for several days, adding that Shahbaz is likely to meet Tareen within a few days.

A day ago, PML-N had contacted PML-Q — which is an ally of the government — while Shahbaz is expected to meet the Chaudhry brothers soon.

On Tuesday, Shahbaz also had a meeting with the PTI government’s ally, MQM-P, with the PML-N leader claiming that Prime Minister Imran Khan has turned a “blind eye” to Karachi’s problems.

Addressing a press conference flanked by MQM-P Deputy Convenor Amir Khan and other party members after the meeting, Shahbaz had said that PM Imran is not worried about the problems of the masses but is only “concerned about the Opposition.”

“Life has become hard for people due to additional taxes, rising electricity prices, etc,” he had said, adding that all these issues were discussed with the MQM-P delegation in his meeting.

Shahbaz was of the view that the people of Pakistan had not imagined a “more corrupt government in history” as compared to the current government.

Recalling the tenure of PML-N, the party president said that the former prime minister Nawaz Sharif initiated projects worth billions of rupees for the people of Karachi.

“Today’s ally can become tomorrow’s rival,” he said, adding that the delegation will discuss all issues highlighted during the meeting with their party leadership in Karachi.

‘People want to get rid of govt’

Speaking on the occasion, MQM-P leader Amir Khan had said that people “want to get rid of the government as soon as possible.”

He was of the view that issues should be resolved through dialogue and all matters discussed with the PML-N leaders will be put before the party committee.

Khan had further added that the two parties have already agreed to work together for the betterment of the country.

“There are no two opinions about the devastating economic conditions of Pakistan,” he had said, adding that the MQM-P also has reservations regarding the rising inflation.

“Inflation has become unbearable and a solution needs to be found as soon as possible,” he had asserted.