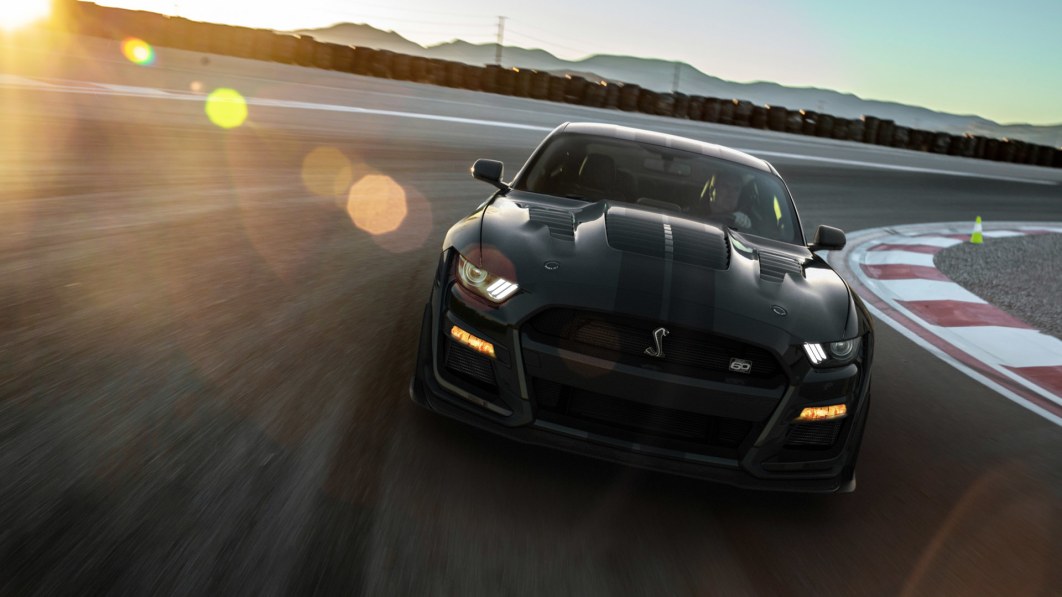 Shelby American will celebrate its 60th birthday in 2022, but it’s the Ford Mustang that’s going to be receiving gifts. The firm announced a limited-edition model called GT500KR that boasts a heritage-laced nameplate and a supercharged V8 that develops over 900 horsepower.

KR stands for “King of the Road,” and the initials were first used in 1968 on an evolution of the Mustang GT500 powered by a 428-cubic-inch V8 engine called Cobra Jet. Back to the present: the 2022 GT500KR is again based on the Mustang GT500 but it gains a 3.8-liter Whipple supercharger that increases the 5.2-liter V8’s output to over 900 horsepower when burning 93-octane fuel. For context, the regular model puts 760 horses under the driver’s right foot, which is already a massive amount.

Numerous modifications keep the power in check. Shelby notably added a beefier intercooler and a high-volume heat exchanger for the supercharger, a cold-air intake, a Borla exhaust and heavy-duty half shafts. The suspension now features height-adjustable springs on both axles, Ford Performance front and rear sway bars and recalibrated MagneRide shocks. Extended wheel studs keep the 20-inch wheels in place.

In the 1960s, Shelby relied on fiberglass to reduce the GT500KR’s weight. In the 2020s, the company leveraged its expertise in carbon fiber. It used the composite material to make the hood (which saves 30 pounds), the front splitter and the rear diffuser, among other parts. The KR further stands out from the GT500 with stripes above the rocker panels and new emblems on both ends. Shelby notes that all of the vehicles it builds in 2022 will feature the commemorative exterior badges, regardless of whether they’re based on the Mustang or on the F-Series.

Buyers will have several extra-cost options to choose from including a polished supercharger, a wide-body kit and painted racing stripes. They can also ask Shelby to remove the rear seats and replace them with a harness bar. Pricing for these options hasn’t been announced yet, but we know that the 2022 GT500KR will cost $127,895 if it’s based on a new 2022 GT500, or $54,995 if the package is added to a customer-supplied car. Either way, every example built will gain a numbered plaque on the dashboard and in the engine bay.

Act fast if you want one: production for the American market is limited to 60 units per model year. Ford released the GT500 for 2020, so the GT500KR package will be retrofitted to 120 existing cars and 60 units will be delivered new with it. Shelby is setting aside an additional 45 cars for overseas market, a figure that bumps the total number of KRs built for 2022 to 225. It’s even rarer than the original 1968 model.

Production is scheduled to start in the first quarter of 2022, and the first example will cross the block at the Barrett-Jackson auction taking place on January 29 in Scottsdale, Ariz. Proceeds from the sale will be donated to the Carroll Shelby Foundation and the Juvenile Diabetes Research Fund. And stay tuned: Shelby pledged to announce three additional vehicle programs to celebrate its 60th in 2022. Nothing is official yet, but the Bronco seems like another good horse for Shelby to play with.