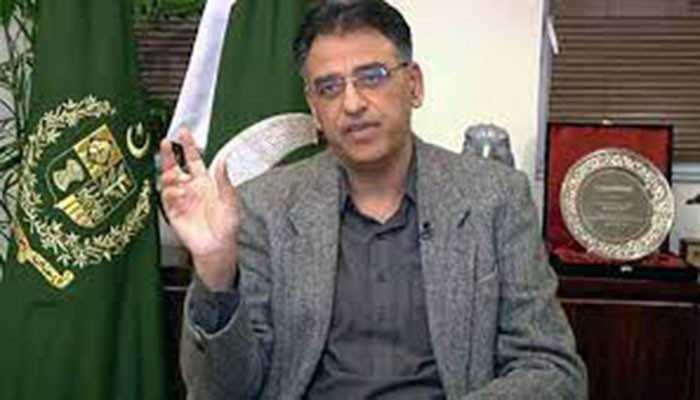 KARACHI: Federal Minister for Planning, Development and Special Initiatives Asad Umar on Saturday said the Sindh government has practically paralysed the municipal agencies of the province by usurping all their powers.

Addressing a charity event, the planning minister reiterated the stance of his party, Pakistan Tehreek-e-Insaf that an empowered local government should be set up in Sindh in accordance with the spirit of the Constitution of Pakistan.

He said the revenue generated by the federal government was spent to run the affairs of the federal agencies and on the defence of the country, while rest of the taxes were passed on to the provinces. He said that Karachi would have been in a much better condition, if the small portion of the revenue passed to the Sindh government had been spent on its development.

The minister recalled that the Sindh chief minister, while attending a meeting, had raised a question that why the federal government had been doing the work in his province, while his (Asad Umar’s) reply was that the centre had to do the development works, as Sindh had no system to do the same. He said that an empowered local government set-up should be established in Karachi in accordance with the Constitution of 1973. “We would not beg any more to get the rights of Karachi,” he said.

He informed the audience that the federal government had dispensed Rs66 billion among the deserving people in Sindh alone during the lockdown imposed as a result of the coronavirus emergency. He said that Karachi is counted among the cities that are known for massive charitable donations given by the people for the welfare of the needy fellow residents.

He said the full-fledged operation of the Green Line Rapid Bus Transit Service in Karachi would begin on January 10.