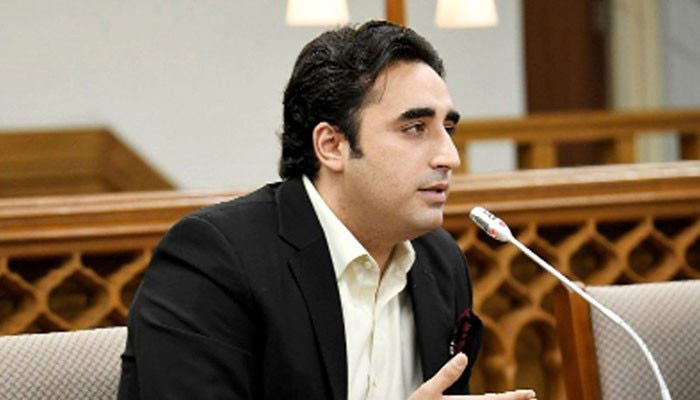 KARACHI: The Chairman of Pakistan People’s Party (PPP), Bilawal Bhutto Zardari, has claimed that the Sindh Local Government (Amendment) Bill, 2021 passed by the Sindh Assembly will empower the people of Karachi and all the promises made to them will be met.

Talking to media persons here at the Chief Minister’s House on Wednesday, the chairman PPP stated that the suffering of Pakistan was evident and the aim of Pakistan People’s Party was to reduce the issues of common people. He said that people would continue to suffer till this selected government’s rule remains and the IMF deal goes on. He also said that it was the PPP’s mission to expose the poverty and unemployment the country was currently facing, and the PPP will keep protesting against atrocities, such as the rising petrol prices and shortage of gas.

He said that Karachi’s proposed division into towns would help in managing the city in a better way and this would become evident from the results. He also said that once the PPP forms the government, further improvements will be made to the country. “We collect one billion in property tax from Karachi. If the local bodies are able to collect this amount, we will be able to generate a large amount of revenue to cater to the problems of people,” said the chairman PPP. “Waste management, local policing, education, etc, will be answerable to the local government and weekly reports will be given to the local bodies in this regard.”

The chairman PPP also stated that the Pakistan People’s Party would not mix politics with religion. He also said that it is essential for everyone to work together in order to achieve success. People are trying to divide us based on our languages,” he said. The chairman PPP said that further amendments and improvements are yet to be added to the Local Government (Amendment) Bill, 2021 and that the PPP does not believe in passing laws without consensus.

He conceded that the provincial government had not be able to develop a consensus in desired manner on the Sindh Local Government (Amendment) Bill due to fast approaching deadline of the Election Commission to do delimitations for the next municipal elections.

The chairman PPP also objected to the ethnicity-based divisions in Sindh as its people have been a victim of them since decades as he added that it was now the time to move forward. “We have to eliminate Altaf Hussain’s politics from the city,” he said.