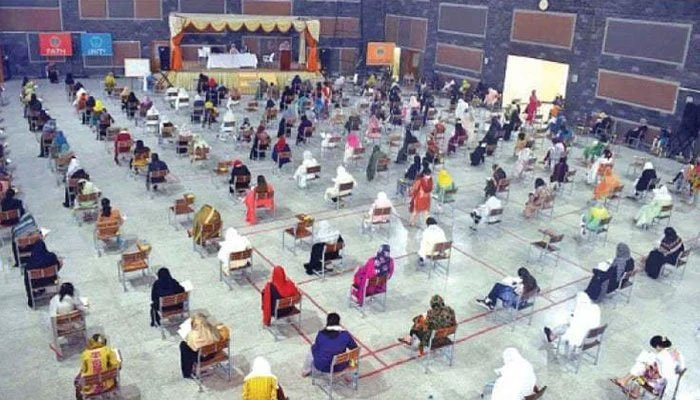 KARACHI: Sindh Health Minister Dr Azra Fazal Pechuho on Thursday said that the provincial cabinet has decided to lower the minimum pass percentage of medical and dental colleges’ admission test (MDCAT) from 65% to 50% to save the academic career of students and also to avert shortage of doctors in the province.

The health minister said the provincial governments, under the 18th Constitutional Amendment, were empowered to adopt the admission policies for medical and dental colleges but the “centre had been unduly meddling in this affair.”

She recalled that 400 seats in dental colleges had remained vacant last year, while the medical colleges of the province had been compelled to offer admissions to candidates belonging to other provinces.

She said that as per the World Health Organisation standard, there should be a doctor for every 350 hospital beds, but in Sindh, there is only one doctor for 3,500 patients.

Dr Pechuho warned that the province could face a shortage of doctors in the next four years if an “unjust admission policy continued to prevail in Sindh.”

She said the Pakistan Medical Commission (PMC) on its own had set the minimum passing criterion of 65% without consulting the provinces.

The health minister further added that an “incompetent agency had been given the task to conduct the Medical and Dental College Admission Test (MDCAT) as against the provisions of the PMC Act.”

Answering a question, she said the process of admission in medical colleges in Sindh would soon begin after the announcement of the Intermediate examinations’ result.