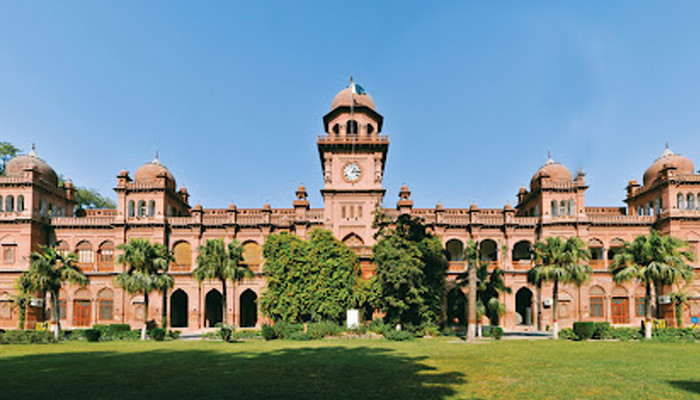 The Sindh government has requested the University of Punjab not to cancel admission of students from Sindh, seeking more time to issue their results.

The university canceled the students’ admissions after they failed to submit their intermediate results, the varsity’s registrar said, noting that the last date to submit the relevant documents was November 8.

Secretary Universities and Boards Sindh Dr Mansoor Abbas Rizvi, in a letter to the federal secretary of the Ministry of Federal Education and Professional Training, said that students were granted admission in undergraduate (BS) for fall of 2021 “on the basis of late announcement of result”.

Dr Rizvi highlighted that due to coronavirus, the examinations, which were earlier conducted in April every year were postponed to July, while during most of the academic sessions, activities were suspended and classes were conducted on a 50% attendance basis.

“The same SOPs of 50% attendance were adopted by the Education Boards in the process of assessment […] which also contributed towards some delay in preparation and declaration of result,” he said.

The secretary noted that during the meetings of the Ministry of Inter-Provincial Coordination, issues related to conducting late examinations and announcements of results in Sindh were brought to the knowledge of the authorities of all provinces.

Dr Rizvi said the Sindh government facilitated the students from other provinces in their admission, academic activities, and other matters “to [the best of its capability] and reiterate[s] that the same coordination would also continue in future”.

The secretary said Sindh expects other provinces to reciprocate in coordination as it was in the best interest of education, especially the students whose career is at stake for no fault on their part.

“The Secretary, Sindh Boards Committee of Chairmen (SBCC), has also written a letter to Registrar, the University of Punjab, on the subject matter and highlighted the above issue and constraints with the same request,” he said.

“It is, therefore, requested that the University of Punjab and other universities of the country may be apprised of the above position and may further be advised not to cancel the admission of those students who were allowed admission provisionally on the ground of late declaration of results,” he added.