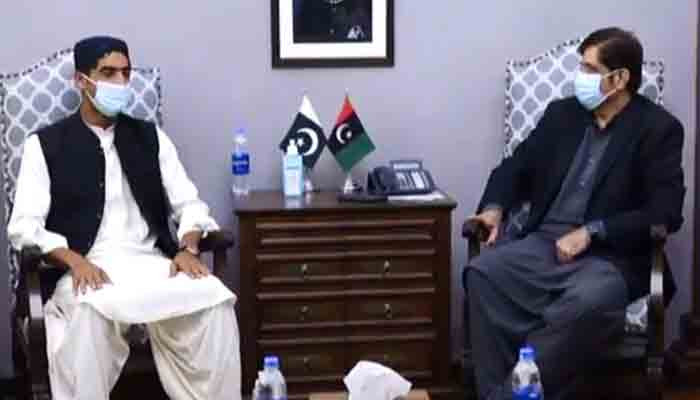 Chief Minister Murad Ali Shah has said that the Sindh government also wants to launch its team for the Pakistan Super League (PSL).

“We will find a sponsor and bring a team for PSL soon,” the chief minister told Shahnawaz Dahani during a meeting at the CM House, a statement from the CM House’s spokesperson said.

During the meeting, CM Shah encouraged the national cricketer, the spokesperson said.

The spokesperson said that CM Shah also presented a shield, Sindhi cap, and ajrak to Dhani.

“We will have a cricket match. I will bat on the bowling of fast bowler Shahnawaz Dhani,” CM Shah said.

He said that Dhani belongs to Larkana and vowed to promote “the best spinner of Sanghar, Noman, and others.”

The chief minister asked Shahnawaz to pay more attention to his training and play his role in bringing other youth of Sindh forward.