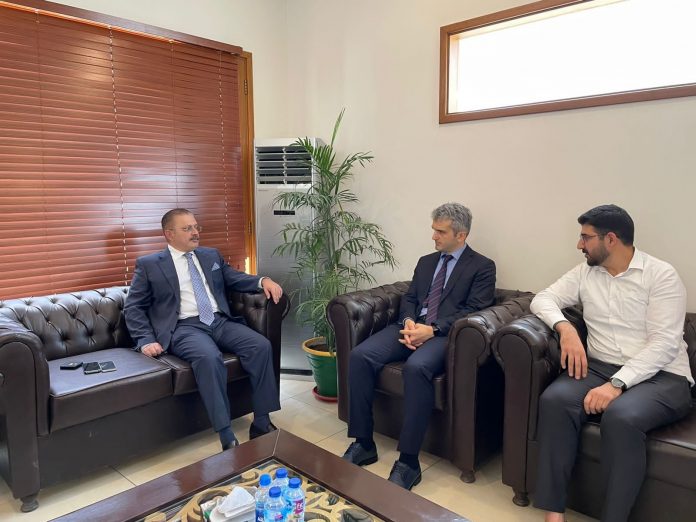 Sharjeel Memon, Sindh’s Minister for Information and Transport, met with Jamil Shin Ojak, Director of a Turkish company, Albayark. The meeting agenda was to discuss the procurement of European standard buses as part of Karachi’s public transport system. Memon presented the director with an opportunity to invest in Karachi’s public transportation, saying that the provincial capital offers lucrative business opportunities.

The Sindh Transport Department plans to introduce around 7,000 buses to the city, according to the minister. He went on to say that Karachi’s transportation system, which includes the Red, Orange, and Yellow lines, is being planned under a modern Bus Rapid Transit (BRT) system.

Sharjeel Memon emphasized Pakistan’s close diplomatic ties with Turkey and underlined his province’s enthusiasm to attract Turkish investments.
“During my recent visit to Turkey, I met with the Turkish Deputy Minister of Transport,” the minister recounted while saying that he had invited his Turkish counterpart to invest in Sindh’s public transport.
“We are proud to work in Pakistan,” Jamil Shin Ojak said, adding that his company runs the Lahore and Islamabad metro bus systems. He also mentioned his eagerness to expand the business to Karachi as it is the largest city in Pakistan.