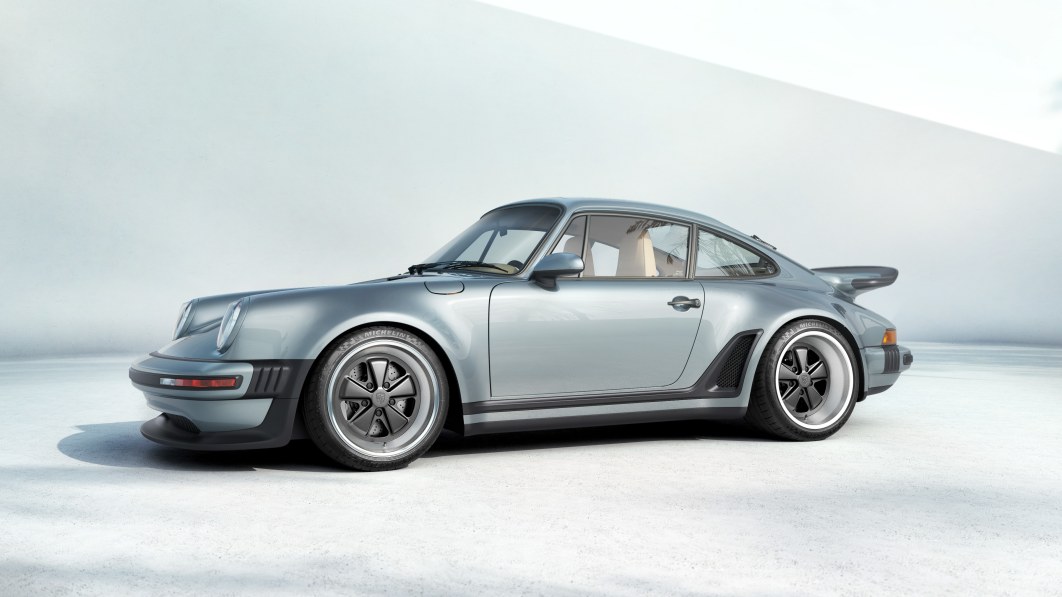 Classic Porsche 911 enthusiasts, listen up. Singer is devising a new way to empty your pocketbooks, and this one is turbocharged. Enter the Porsche 911 reimagined by Singer – Turbo Study.

Up until now, Singer has put its efforts into naturally aspirated flat-six efforts. This changes with the new Turbo Study, and of course the result is more power. The modified bodywork of this gorgeous Singer resembles that of the 930 Turbo, but per usual with Singer, the 964 and its air-cooled flat-six is the starting point for the engine. Singer says that its Turbo Study features “a new evolution of the Mezger” flat-six, now in an enlarged 3.8-liter form. Base power output is 450 horsepower, but customers can specify more if they desire — Singer just doesn’t say how much more is possible.

To make that power, this 3.8-liter flat-six features twin turbochargers with an electric wastegate, bespoke air-to-water intercoolers and a unique “shark fin” on the rear fender that acts as an intake. Singer is also going to offer folks the choice of either rear-wheel drive or all-wheel drive with the Turbo, and no matter the drive selection, a six-speed manual transmission will be standard. To keep things in line, both traction control and ABS systems are present on the car. 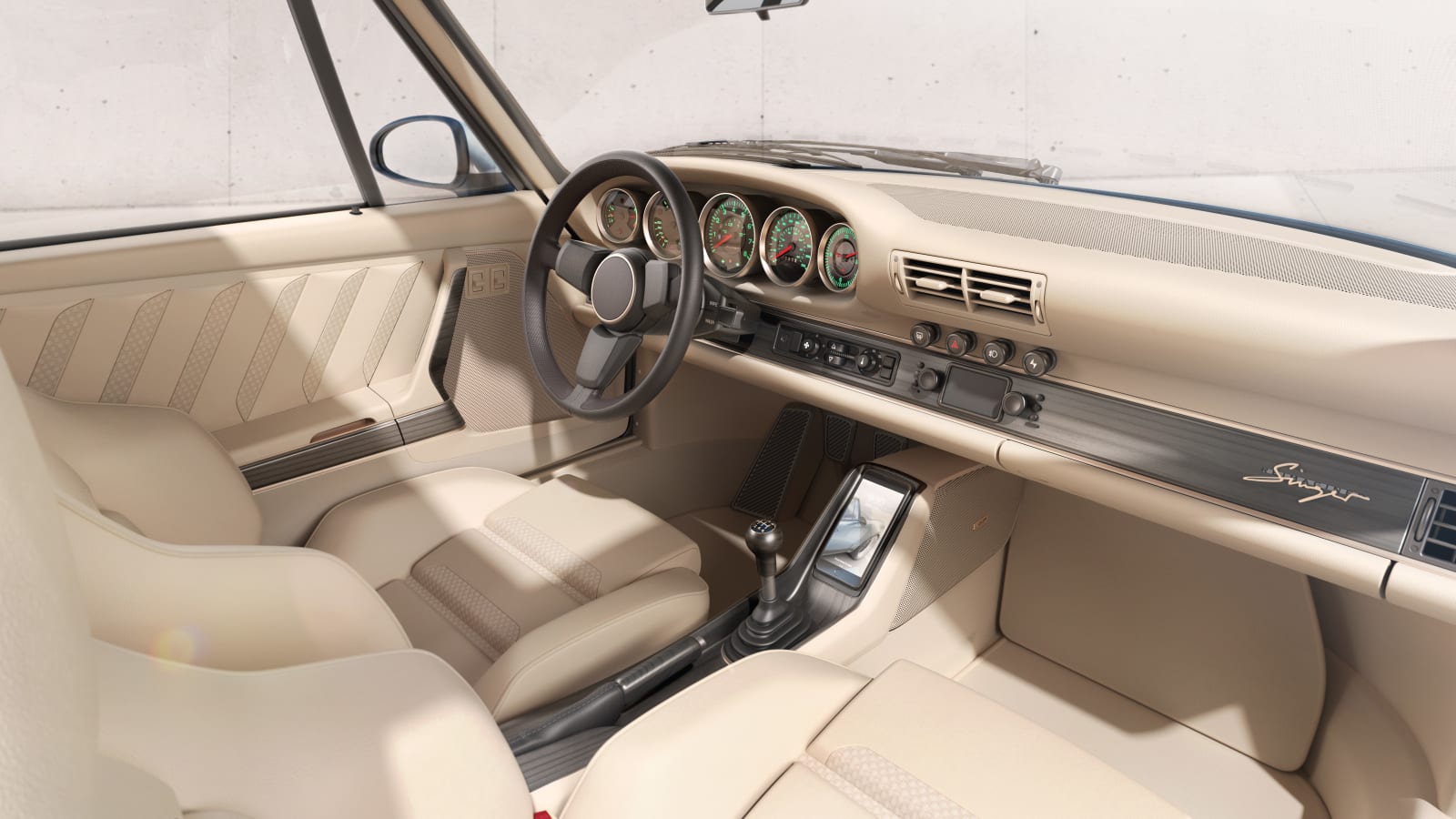 In other performance news, Singer says that the Turbo offers greater refinement in the form of reduced noise levels versus the naturally aspirated car. A sports exhaust is available if you want some of the noise back, though. Customers can specify their damping and suspension performance to make their Turbo a better grand tourer or a more focused handling machine. Carbon ceramic brakes are available for the real track rats.

The bodywork itself is “inspired by the turbo cars of the mid-70s,” but Singer uses carbon fiber to reduce weight and create a stiffer overall structure. We’re rather enamored with how the Singer Turbo Study looks, whale tail spoiler and all. Singer says that the car it’s revealed today is painted in Wolf Blue and features a Malibu Sand interior with Black Forest wood trim. If you want a bit of luxury, you can have it by way of power adjustable/heated seats and cruise control.

Singer does not specify a starting price for the Turbo Study, but if you’re a client, the company will be happy to spec one out with you. Per usual, you can work with Singer on any personal requests for a specific build. Singer says it has received over 70 reservations for bespoke restorations in this Turbo Study style, so clearly the best time to get in line was a long time ago.