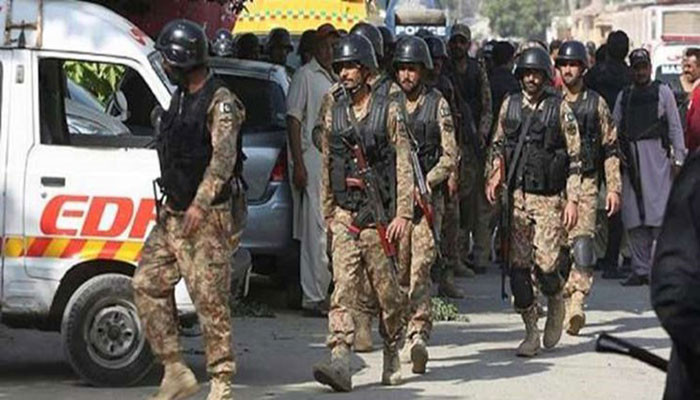 QUETTA: Six terrorists of Daesh were gunned down by the CTD Balochistan on Saturday, including a most-wanted terrorist. The CTD had been tracking terrorist Asghar Samalani, who carried a head money of two million rupees.

He was reported to be planning a major attack against a sensitive installation in Quetta. A long sought-after terrorist by the law enforcement agencies, Samalani was previously an active member of Lashkar-e-Jhangvi that carried out serious sectarian attacks in Balochistan as well as across the country.

The ISIS (Daesh) group led by Samalani along with his group was located at a hideout near the QDA graveyard on Eastern Bypass, Quetta. The CTD team was approaching the hideout when the terrorists attacked it with grenades and indiscriminate heavy fire. In the ensuing exchange of fire, six terrorists including Asghar Samalani were found dead while four to five terrorists escaped. Search is underway to find the remaining members of the network. Apart from weapons and ammunition, a motorcycle fitted with IED meant to target the sensitive installation was also recovered. An FIR was lodged at a CTD Police Station.