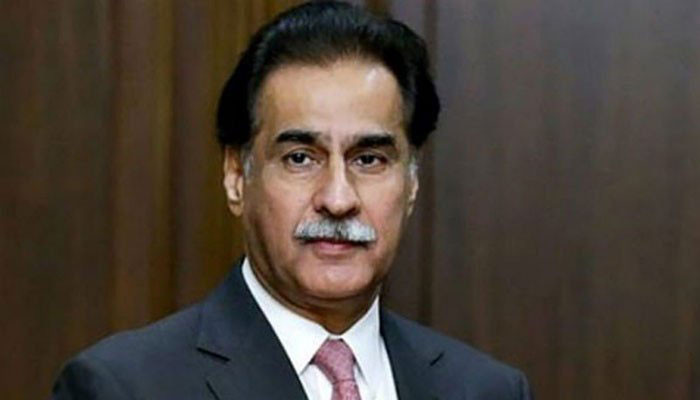 ISLAMABAD: The federal capital is in the grip of extreme cold with mercury dropping to minus one degree Celsius, but the statement issued by PMLN leader Ayaz Sadiq that something major is going to take place in the coming days has raised political temperatures and rendered many to guess what that ‘something major’ might be.

Ayaz said this while talking in the Geo News programme “Naya Pakistan” for the first time after his fiery speech at a ceremony organised to commemorate the death anniversary of Khawaja Rafique, slain political activist and father of PMLN stalwarts Khawaja Saad Rafique and Khawaja Salman Rafique, where he announced that PMLN supremo Nawaz Sharif is returning back to Pakistan.

“I don’t know what it would be, but I assure you that something big, like a bang is going to happen soon,” the PMLN leader said, adding that: “It would happen all of a sudden as you won’t see it happen slowly and gradually.”

Replying to a question posed by the anchorperson that why did the PMLN suddenly gain the momentum and aggression and is this impetus a result of any signal from the powerful circles, he said they don’t need any signal from any quarters.

When asked that there are rumours that Nawaz Sharif is holding meetings and dialogues with non-political forces in London, Ayaz Sadiq confirmed such meetings but showed ignorance to the agenda and contents of such meetings.

He further said that the concerned circles know that the people are holding them responsible for Imran Khan’s failures and bringing the PTI into power. “People have rejected this experiment in KP’s local bodies’ elections and hence, the stance of PMLN stands vindicated that the people should be given chance to elect their rulers and their verdict should be implemented with full zeal,” the PMLN leader emphasised.

Talking about the in-house change in the National Assembly, he neither completely negated the idea nor approved it. He said that taking power for three to four months by the PMLN or PPP would be tantamount to taking responsibility for Imran Khan’s failures. “We are not ready for the in-house change right now, but we may be ready for it in the time to come.”

When asked that who will lead the PMLN between Shahbaz Sharif and Maryam Nawan as the former enjoys backing of parliamentarians, while the latter enjoys popular support in the streets, he said Nawaz Sharif himself will lead the party. “If I tell you everything now, our plan will be exposed,” he added. Replying to the question regarding his claim about the return of Nawaz Sharif, Ayaz Sadiq said the PMLN supremo may return sooner than what “I announced in my speech.”