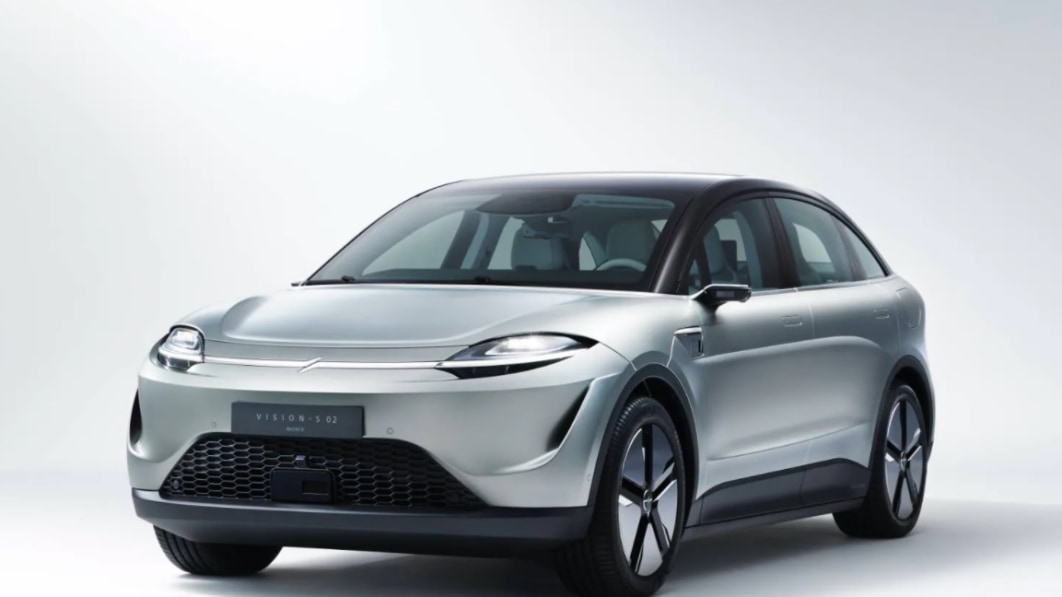 For a company that stressed it had no interest in building a car, Sony sure seems to be on the brink of becoming an automaker. It traveled to CES 2022 to unveil its second model, a seven-seater electric crossover called Vision-S 02 built to showcase a long list of technologies.

Sony’s design language is already set in stone: the Vision-S 02 is visibly related to the original Vision-S (which is now called Vision-S 01) that made its debut at CES 2020. It’s taller and it wears a more rounded roof line, but styling cues like oval headlights connected by a light bar and air intakes on either side of the front bumper link it to its sedan counterpart. This relatively minimalist design suits Sony well.

The Vision-S 02 stretches 192.7 inches long, 65 inches tall and 76 inches wide. It weighs 5,467 pounds and offers 6.2 inches of ground clearance. Put another way, it’s about two inches shorter, five inches lower, and six inches wider than a Mercedes-Benz GLE, and about 100 pounds heavier than a Ford Expedition. It’s built on the same platform as the Vision-S 01, so it features an air suspension system, and it’s powered by a pair of 268-horsepower electric motors (one per axle) that deliver through-the-road all-wheel-drive and a 112-mph top speed.

Sony isn’t out to win design awards or rule the Nürburgring, however; it’s the tech inside that counts. Image and LiDAR sensors give the Vision-S 02 a 360-degree view of the environment it operates in, though the suite doesn’t unlock full autonomy; the company said it’s waiting for government approval to release a level 2+ driver-assistance system in Europe. Engineers expect that full autonomy will arrive sooner or later so they’re experimenting with low-latency 5G connections, notably by conducting driving experiments connecting Japan and Germany.

Autonomous driving is a somewhat unexpected outgrowth of Sony’s expertise; entertainment is its specialty, and the Vision-S 02 reflects that well. Users can customize a number of parameters, including the sounds that the Vision-S 02 makes as it accelerates and decelerates and the infotainment system’s display. Speakers integrated into the seats create what the firm refers to as a three-dimensional sound effect, and Sony notes that the Vision-S 02 offers a high-quality movie experience thanks in part to a fully-integrated digital video service called Bravia Core that transfers footage to a panoramic screen for the front passengers and to individual screens for those sitting in the back.

And, yes: passengers can play their favorite PlayStation games. They don’t even need to haul the console around because the crossover’s infotainment system can access the device remotely. Alternatively, users can play a number of other, unspecified games stored in the cloud.

Sony began testing the Vision-S 01 on public roads in early 2021, and the miles logged since seem to have changed its mind about competing against Tesla, among other firms. In September 2021, it said that it “had no concrete plans” to break into the car industry. Fast-forward to January 2022, and it looks like you might one day be able to commute in a car designed by the folks that made the Walkman. Sony plans to launch a division called Sony Mobility in March 2022 whose task will be to explore an entry into the electric car market.

As for the long-rumored Apple car? Check back at CES 2023, maybe.