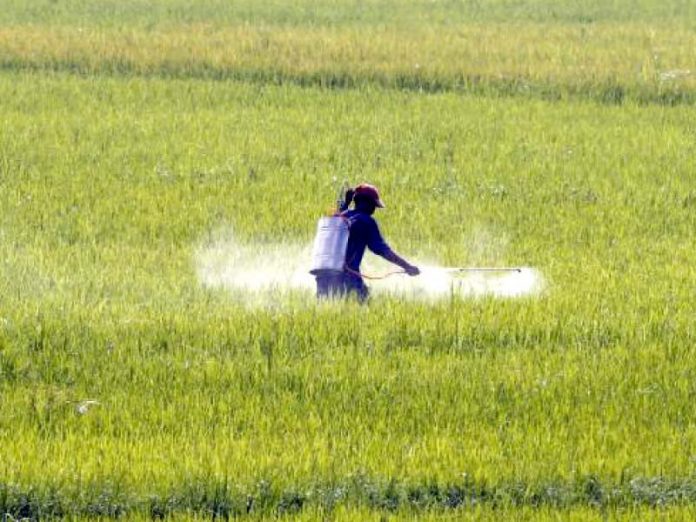 Growing food demand and limited agricultural area are threatening food security in China and Pakistan, both of which are agricultural countries.

In addition to the world’s three basic staple crops, a crop known as sorghum has progressively gained popularity.

Sorghum is China’s most important dry food crop, coming in second only to wheat, corn, rice, and barley in terms of planting area and output.

Because of its many good properties, including as pest and disease resistance, high temperature, cold, and salinity tolerance, agricultural professionals refer to it as “the camel of crops.”

“Sorghum is a multi-purpose crop that provides food and fodder for livestock.” “Incorporating this multi-purpose crop into the CPEC cooperation framework and adding another layer of guarantee to China and Pakistan’s food security is a win-win choice at a time of food crisis,” experts at the Symposium on Sorghum Industry Development of China and Pakistan recently agreed.

According to Dr. Shahzor Gul, Assistant Professor, Institute of Food Sciences and Technology, Sindh Agriculture University, Pakistan, because the climatic conditions are ideal for sorghum production and a growing water shortage has necessitated large-scale sorghum production, this cash crop is the most cost-effective option.

“Sorghum produces 5.4 tonnes per hectare in Pakistan, which is higher than wheat and rice, which yield 3 and 2.2 tonnes per hectare, respectively. Meanwhile, because wheat is largely a winter crop and sorghum is predominantly a summer crop, sorghum demand is substantially lower and there is no direct competition, according to Gul.

However, he said that sorghum yields in Pakistan remain low due to a lack of better cultivators, a small plant population, ineffective fertiliser administration, weed control tactics, and water conservation measures. Furthermore, Gul stated that sorghum intake is highly traditional, and that it is not available in Pakistan as a professionally produced food.

“This is primarily due to a lack of processing technology and machinery availability.” And, for a variety of reasons, including lack of awareness and taste, sorghum has not been used in our beverage and baking food industries.

“In Pakistan, there aren’t many sorghum grain processing plants. This sector has enormous potential to employ hundreds of thousands of people.” Dr. Shahzad Sabir of the Punjab Agriculture Department holds similar views. “Punjab and Sindh are Pakistan’s two most important sorghum-producing provinces, supplying 47 percent and 26 percent of the total,” he said.

“On the other side, we exported $23,500 worth of sorghum in 2019, becoming Pakistan the world’s 53rd largest sorghum exporter.” Sorghum was Pakistan’s 91st most exported product in the same year. Clearly, it falls well short of expectations, especially in light of the worldwide food crisis. There are countless opportunities for us to discover together.”

“We conducted planting experiments of more than 10 sorghum cultivars in Pakistan in 2020-21 and obtained preliminary findings. In an exclusive interview with CEN, Yuan Guobao, Vice Chairman of the Council and Chairman of the Committee of Agricultural Experts at the NEXT Federation, said that five kinds – 01, 02, 03, 04, and 12 – performed better.

“The tannin concentration of locally cultivated sorghum is normally about 1.3 percent to 1.6 percent, but according to trial data, the tannin number can jump up to 2.3 percent when benefiting from local outstanding light and temperature circumstances.” We can promote the growing of these types in Pakistan, then transport them back to China for further processing, given the importance of tannin in food processing and industrial output.”

Yuan not only presented the preliminary results of planting trials at the symposium a few days ago, but he also highlighted the various economic benefits that future large-scale planting could bring.

“Second, Pakistan has a sizable rice-growing region. After rice is harvested in some locations near the Indian Ocean in the south, sorghum can be sown in the autumn and winter, increasing the income of local farmers. If the planting area is enlarged in the future, the offshore area will make it easier for our ships to transfer the processed sorghum and save money on transportation. It is, without a doubt, a great form of collaboration with many economic benefits that efficiently increases Pakistan’s foreign exchange.”

According to Yuan, if large-scale planting of China’s dominant types is possible in Pakistan, local production will increase by roughly 50%.

Even better, sorghum’s high tannin content confers natural resistance to birds and insects to this strong-smelling and astringent toxin. It is beneficial to the effective management of insect assault in the same way that garlic is beneficial to pest control.

For Pakistan’s sorghum industry, this is merely the tip of the iceberg in terms of possibilities. China uses active quota management on rice, corn, and wheat imports, according to Yuan. Sorghum is subject to non-import quota management and can only be imported with the help of a bilateral quarantine agreement.

China’s sorghum import volume was 9.42 million tonnes from January to December 2021, up 4.61 million tonnes or 95.8% from 2020, according to information issued by the General Administration of Customs of China.

Experts from China and Pakistan agreed that further developing downstream deep processing businesses and creating more employment prospects in the future is critical, based on the planting.

Despite the increase in imports, processed products have not been included. “Subsidies will be offered to processing lines if agricultural joint ventures are established in countries along the Belt and Road, which will boost the sorghum processing industry,” Yuan told CEN.

“Sorghum might be processed into bakery products, puffed cuisine, beverages, oatmeal, and so on,” Dr. Shahzor Gul said. Furthermore, the introduction of innovative technologies can alleviate the limitations of old processing processes while also improving nutrient content and product shelf-life. We have a lot of opportunities for collaboration.”

The blueprint for China-Pakistan sorghum collaboration has already made a good first impression. “Our initial move, a sorghum planting instruction programme for Pakistani students, is going well, with the highest priority being high-quality seed supplies.” Seeds are the chips of agriculture, as agricultural scientists often say, and I believe the day when China-Pakistan sorghum collaboration bears fruit is not far away,” Yuan stated confidently.