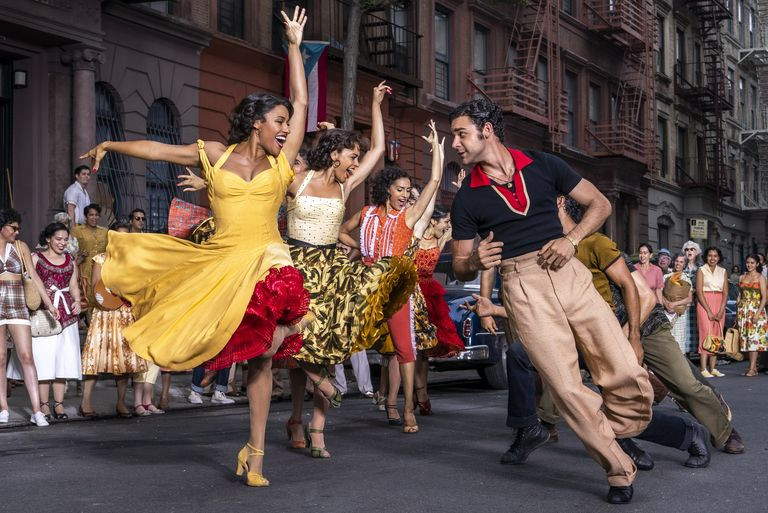 
Steven Spielberg marks a milestone in US film history by insisting on an authentic Latin cast for his remake of the musical West Side Story, opening worldwide this week.

For the film, an adaptation of the 1957 Broadway play and 1961 film, Spielberg recruited young Latino artists and researched what life was like for Puerto Ricans in the 1960s in New York.

The original 1961 film, a story of love and rivalry inspired by Romeo and Juliet, involving a gang of white youth, the Jets, and a gang of Puerto Rican immigrants, the Sharks, won 10 Oscars.

Yet the only Latin actor in the main cast was Rita Moreno, who won an Academy Award for her portrayal of Anita. Natalie Wood starred as the young Puerto Rican immigrant Maria, whose forbidden romance with a white teen is at the heart of the film.

“I wanted to cast it authentically, to ensure that the actors playing the Shark boys and girls were 100% Latinx, and young,” Spielberg said.

Spielberg spent more than a year looking for his cast, including in Latin America and Australia. Twenty cast members are Puerto Ricans or descendants of Puerto Ricans, including Moreno, now 89, who plays a different role this time around.

Latinos are the largest minority in the United States, forming 19% of the population, but are vastly under-represented in film and television, numerous studies have found.

“He is using his privilege to say, well, if I can do it, everybody can, and pay respects to the culture and create a film in an epic fashion that is made with such integrity,” said Ariana DeBose, the Afro-Latina actress and dancer who plays Anita, of Spielberg.

Rich backstories are created for each character in the new West Side Story. Some of the scenes are entirely in Spanish dialogue without subtitles.

“That language had to exist in equal proportions alongside English,” said Tony Kushner, who wrote the screenplay.

The creative team also included Venezuelan conductor Gustavo Dudamel, who Spielberg said led the orchestra with “such insight, heart and dynamism” for the new soundtrack.

David Alvarez, who is of Cuban descent and plays Bernardo, the leader of the Sharks, calls the emphasis on authentic casting “a huge step forward.”

Alvarez said this West Side Story, and the musical In the Heights from earlier this year, which also had a strong Latino cast, were signs that the United States “is beginning to realise that the Latino community here is much larger and they are recognising us.”

“It is a beautiful thing to see that we are finally taking a step forward … We are here, we want to be part of America, we want to integrate ourselves with this society,” Alvarez said.

For DeBose, the new West Side Story sends a timely message of love and tolerance at a time of increasing racial violence in America.

“One of the most beautiful lessons of West Side Story is that these two groups of people have more commonalities than they do differences, and that fits to some larger issues we have in society globally,” DeBose said.

“There has never been a better time for West Side Story to remind people that we are better when we stand together.”