Barcelona star Lionel Messi has a brand-new pair of designer boots and they might be his most retina-pummeling signature model to date.

The adidas Nemeziz Messi.1 “Rey del Balon” (King of the Ball) boots serve as a dazzling celebration of yet another year of record-breaking success for the No. 10. During the 2020-21 campaign alone, Messi has not only become the highest goal scorer for a single club in the history of association football, but also broke Xavi’s record (767) of most appearances by a single player with Barcelona.

Available now, the boot has been worn by Messi himself on the pitch in recent weeks, notably in his side’s 6-1 away win over Real Sociedad, in which the Argentine scored twice and assisted once. 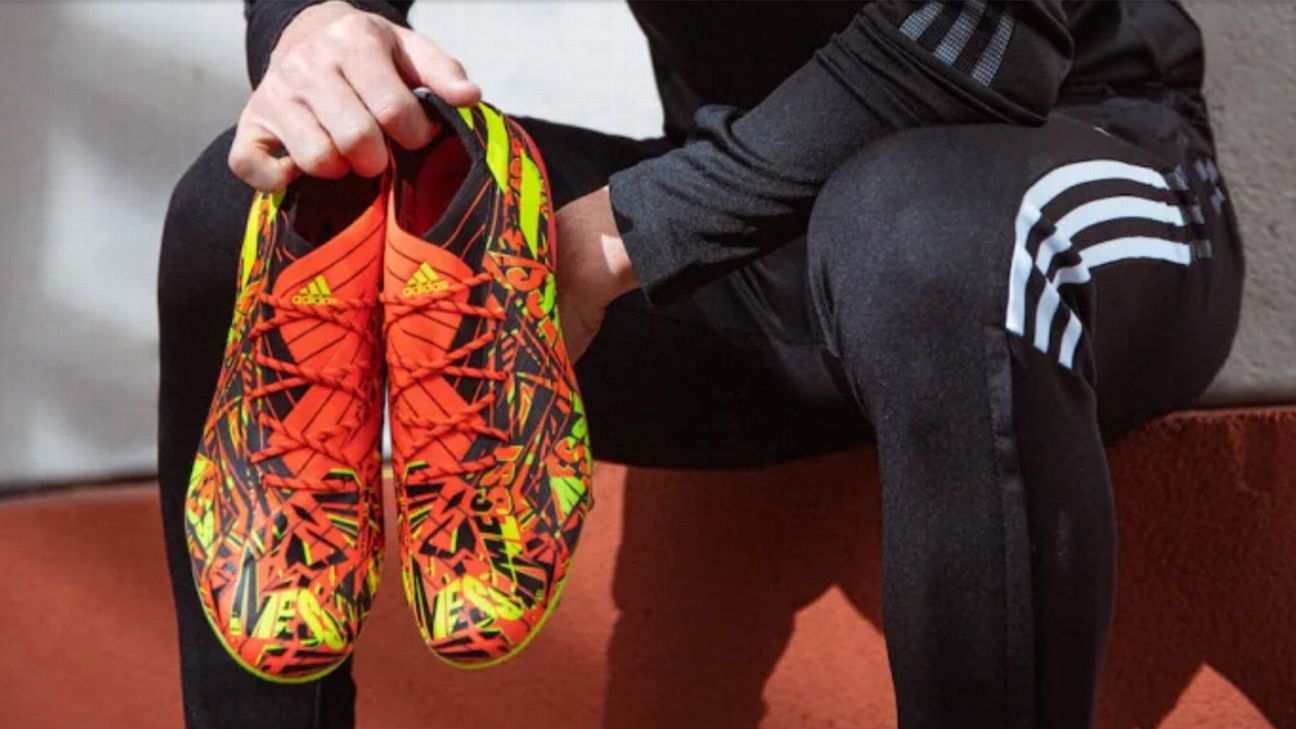 We can’t promise the new Nemeziz make you play like Messi, but at least you’ll be certain to turn heads as you shank another wayward shot into the hedgerow.

And for those who don’t fancy putting such eye-catching colours on their feet, Adidas have released a ball to complement the boots.

We can’t imagine players will be spending too much time looking for this one. And there’s literally no excuse of “I didn’t see it, lads” to be had.

Next Post : Before 2021 NFL draft, Marco Wilson hopes to convince scouts it was just one stinkin’ shoe »