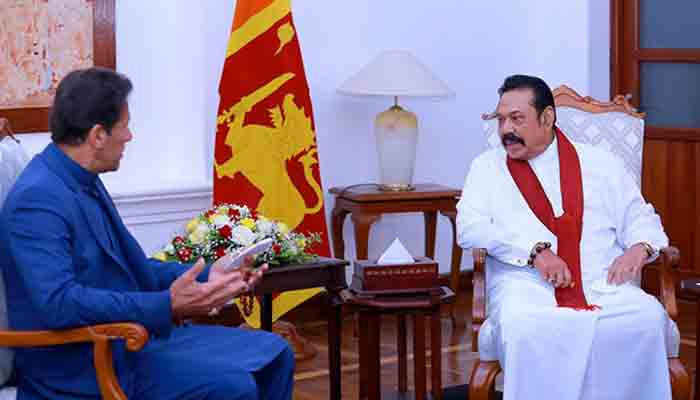 PM Mahinda Rajapaksa, whose government is a key regional ally to Pakistan, took to Twitter to condemn the horrific Friday incident that saw a mob torture and kill Priyantha Diyawadana, an expat factory manager working in Sialkot, over blasphemy allegations.

“Shocking to see the brutal and fatal attack on Priyantha Diyawadana by extremist mobs in Pakistan. My heart goes out to his wife and family,” he wrote on Twitter.

He said that Sri Lanka and her people are confident that PM Imran Khan will keep to his commitment to bring all those involved to justice.

Meanwhile, Foreign Minister Shah Mehmood Qureshi said he is in contact with his Sri Lankan counterpart and has assured him of justice to the victim’s family.

“Sri Lanka has appreciated Pakistan’s response towards the incident,” Qureshi said, adding that the family has also been approached and “we will satisfy them completely”.

Priyantha Kumara, working as a manager at a private factory in Sialkot, was tortured to death on Friday by a mob after being accused of blasphemy.

Meanwhile, police have arrested more than 100 suspects, including two described as the main accused, and registered a case in this regard.

According to a handout issued by the Punjab police spokesman, a case has been registered under the provisions of the Anti Terrorism Act with the police as complainant.

He said the role of the arrested people involved in the incident is being determined through CCTV footage.

The spokesman said all accused involved in the tragic incident would be arrested soon and brought to justice.