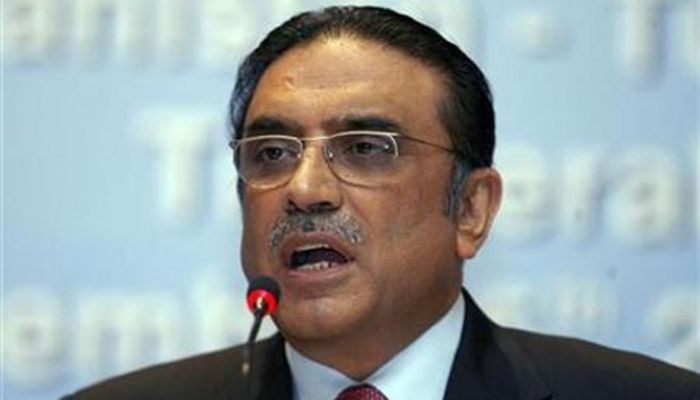 ISLAMABAD: Concerned over the failure to implement the National Action Plan (NAP) against terrorism, PPP co-chairman and former president of Pakistan Asif Ali Zardari said Thursday that the state does not have the authority to pardon the killers of innocent people.

In a message on the seventh anniversary of the tragic APS Peshawar attack, Zardari said that the killers of the innocent martyrs and planners and facilitators of the APS attack should be brought to justice. He added that negotiating with terrorists undermines and humiliates the state.

“The National Action Plan was a promise to punish terrorists. Unfortunately, the promise to the nation has not been fulfilled, ” he stated.

In an apparent response to the government’s reports and declarations that it was in negotiations with the TTP, Zardari said that until criminals are apprehended, the nation will continue to owe the innocent martyrs.

He stated that the APS tragedy is “still a bleeding wound.”

Paying tribute to the martyrs of the APS attack and soldiers, Zardari saluted the “brave sons of the army” who sacrificed their lives for the sake of the country. Additionally, he lauded the “brave officers of the police and security agencies” for their valour and courage.

Zardari said that if given a chance, these terrorists would be “apprehended” and “sentenced to death”. He stated that they [terrorists] do not deserve the pardon of the state at any cost, whose hands are painted with the blood of innocent children, men, and women of the country.

Zardari noted that if the PPP is given another chance to be in government, the terrorists will be given exemplary punishment and will be wiped out of the country, just as they were in Swat.

Earlier, Federal Minister for Information and Technology Chaudhry Fawad Hussain had said in press conference that the state has a clear policy to deal with parties or groups that have a terrorist or extremist background. He added that the state had no confusion concerning the TLP or any other similar outfits.

“We have fought those who were not willing to comply [with laws] in the past and can do so in future also,” he had said.

He claimed that various extremist parties and groups had also been registered with the Election Commission of Pakistan (ECP). He said there were big question marks on various parties’ sources of funding, and there was no record of funding for TLP.

He said the JUI-F also faced serious allegations about its sources of funding. The ECP, he said, should scrutinise and publicise the funding sources of all parties. It should scrutinise the party funding of PPP, PML-N and PTI, besides other registered political parties so that the public can compare and evaluate the parties, he said.