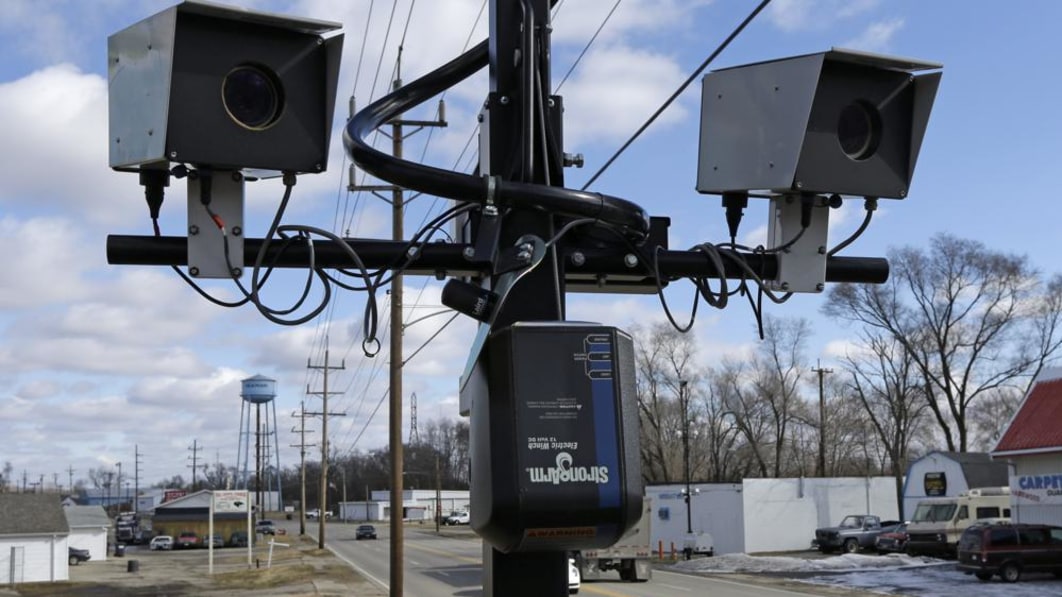 WASHINGTON — Drivers, beware: Speed cameras could be on their way to a location near you thanks to President Joe Biden’s infrastructure law.

Under new federal guidance issued Wednesday, states can now tap billions of federal highway dollars for roadway safety programs such as automated traffic enforcement. They are being told that cameras that photograph speeding vehicles are an established way to help bring down rising traffic deaths.

Sometimes dubbed “speed traps,” automated traffic enforcement can rake in millions of dollars in ticket revenue for local communities but has spurred backlash and isn’t widely embraced. The Insurance Institute for Highway Safety estimates only about 159 communities make widespread use of speed cameras, even after the National Transportation Safety Board in 2017 urged greater use of them to deter crashes. Motorists often complain speed cameras can be inaccurate, but are almost impossible to dispute in court. Eight states specifically forbid the use of speed cameras, while another two dozen or so have no specific legislation to support their use.

Still, as traffic deaths have spiked up during the coronavirus pandemic, auto safety groups including the Governors Highway Safety Association have increasingly pointed to automated traffic enforcement as more reliable and equitable than police traffic stops, which can pose risks of confrontation between a motorist and police officer. They released a checklist last summer aimed at providing a roadmap to build community support.

More than 1 in 4 traffic fatalities occur in speed-related crashes, according to government data. The Federal Highway Administration says speed cameras can reduce the number of injury crashes by nearly 50%.

“Automated speed enforcement, if deployed equitably and applied appropriately to roads with the greatest risk of harm due to speeding, can provide significant safety benefits and save lives,” according to the Transportation Department’s safety strategy released last week.

The department said that under the previous five-year transportation bill, states were mostly confined to spending highway safety money for hard infrastructure projects, such as building sidewalks; use of federal money for speed cameras was prohibited except in school zones. Now, under Biden’s new law, states have the option to use up to 10% of the $15.6 billion in total highway safety money available over five years for specified non-infrastructure programs, such as public awareness campaigns, automated enforcement of traffic safety laws and measures to protect children walking and bicycling to school.

About $3 billion of the highway safety money was distributed to states in December.

“They’re spending $15 billion on speed cameras to be able to catch people speeding. I mean, I’m sorry. I don’t want that. That’s bringing us even more surveillance,” the Republican said. “Like we need more surveillance in our society right now.”

Ultimately, states and localities — not the federal government — will decide how the $15 billion in formula funding can best be used to improve road safety. The federal guidance actually caps the amount of money available for speed cameras at 10%.

The new guidance also requires at least 15% of a state’s highway safety improvement program funds to address pedestrians, bicyclists and other nonmotorized road users if those groups make up 15% or more of the state’s crash fatalities.

Transportation Secretary Pete Buttigieg has stressed the need to improve safety for all road users and not just drivers, noting that safer roads for all open up transit options. According to government data, traffic fatalities involving bicyclists and pedestrians are more likely to impact non-white, lower-income people.