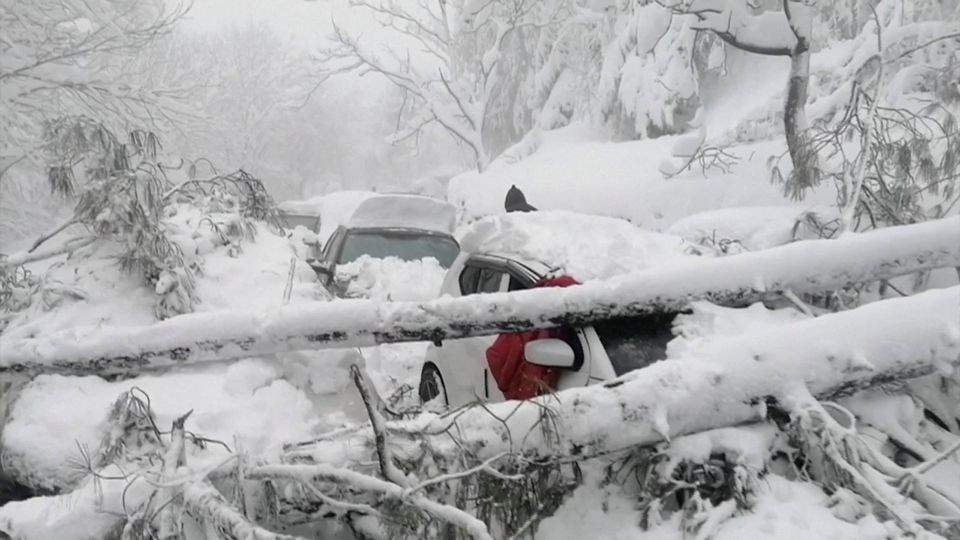 As harrowing conditions persisted in Murree well into the evening of a tragic day which saw the deaths of 22 people on the snow-hit roads, Geo News spoke to stranded tourists who were stuck in their cars for more than 24 hours without any help at Jhika Gali.

One of the men said that his family has been “stuck in the car since 10am on Friday” — almost 32 hours — adding that they have run out of food and fuel.

Another tourist said that he is having “trouble breathing due to low oxygen”.

While talking to Geo News, the tourists said that the administration is “not sure” when people will be able to move their cars, with a different timeline provided each time an inquiry is made.

A resident of Lahore said: “I have been stuck in traffic since 2pm on Friday along with my family and Rescue 1122 has not been of any help yet.”

Another tourist said that he “did not get any help upon calling the control room”; however, the Pakistan Army has been “working tirelessly to evacuate tourists”.

One of the visitors said: “We got a room at a hotel which cost us Rs25,000 without any electricity and hot water.” She said that her husband hasn’t been feeling well and upon asking for hot water, the hotel staff “refused to give it”.

The visitor further said that her family is hungry and the hotels have “no food to give”, adding that the Pak Army provided the family with water and biscuits.

More than 20 people died after being trapped in their cars due to heavy snowfall as they rushed to the hilltop town of Murree on Saturday.

Thousands of vehicles had arrived in the town to enjoy the snowfall, however, merriment soon gave way to tragedy.

The federal government has deployed the personnel of the Pakistan Army, and other civil-armed forces for rescue operations following the catastrophic situation.

The Punjab government has declared Murree a calamity-hit area, with chief minister Usman Buzdar ordering local administration to open the government’s offices and rest houses to the stranded tourists.