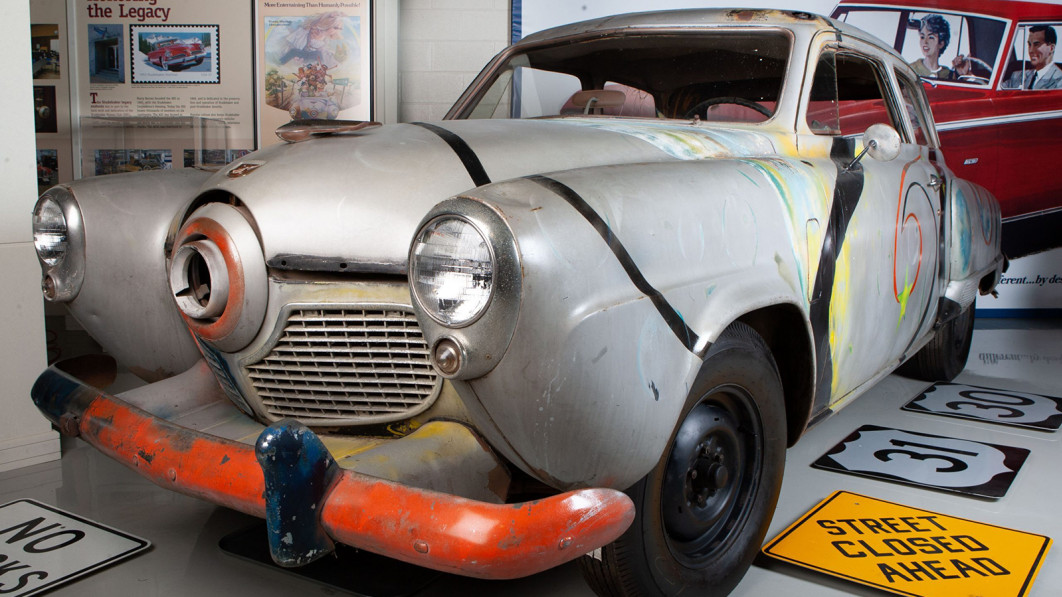 While it may not be quite as well-known as something like the ’68 Mustang from “Bullitt,” the 1951 Studebaker Commander from “The Muppet Movie” deserves to be in any list of great movie cars. Not only is it distinctive just for its unusual styling, but it also plays a significant role in the Muppets’ first feature-length movie. A car used for filming is still with us and on display at the Studebaker National Museum (where your author interned nearly a decade ago), having been donated many years ago the Studebaker Drivers’ Club of Orange Empire. But it could use some TLC, and the museum is asking for help.

While the museum has been accepting donations to restore the car, and has so far has received $9,000, it has kicked its fundraising into high gear with a GoFundMe donation page. The museum is looking for a total of $175,000. If the fundraiser reaches its goal, it says it will start restoring the car to operational condition, and making it look like it did for filming.

The museum estimates the restoration process will take about two years. The car will need to be repainted, and it will get the flashy paint job applied in the film by The Electric Mayhem to help Kermit and Fozzie hide from Doc Hopper. The restoration will also retain the special-effects equipment the car has. The driving controls were moved to the trunk along with a camera monitor. This allowed someone to drive the car while having the Fozzie and Kermit puppets in the front seats.

Following the restoration, the museum says it will bring the car to various exhibitions and potentially loan it to other museums around the country. If you’d like to throw a few dollars to the museum, be sure to check out the fundraiser at this link.