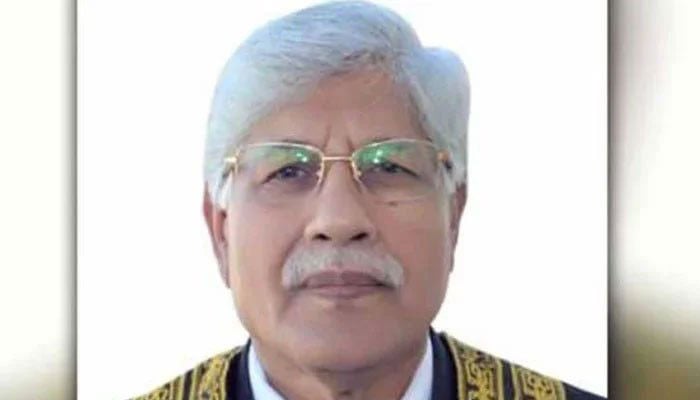 ISLAMABAD: The Islamabad High Court (IHC) on Tuesday warned former chief judge of Gilgit-Baltistan Rana Shamim that he had till Monday to submit the notarised original copy of an affidavit in which Shamim levelled serious allegations regarding key actors in the judiciary.

Failing to comply with the court’s orders by Monday would invite an indictment on contempt of court charges, the IHC warned the former judge, Geo News reported. IHC Chief Justice Athar Minallah presided over the hearing of a contempt case, which involves an affidavit drafted by Shamim in which he had levelled serious allegations of judicial manipulation by ex-chief justice of Pakistan Saqib Nisar.

Justice Minallah warned that there will be “consequences” for Rana Shamim if it is learnt that he had the affidavit drafted for no other reason than to have it published. The judge said he could not give anyone permission to erode the public’s confidence in the courts.

“No independent judge can make the excuse that there was pressure on them,” he added, making reference to judges’ moral obligation to immediately report any attempts to influence the judicial process.

Justice Minallah noted that the allegations levelled by Rana Shamim were not just against the former chief justice of Pakistan, they concerned a judge of the IHC as well. Meanwhile, the IHC granted exemption to the Jang Group’s Editor-in-Chief from appearing in person. The senior editor has been nominated in the case on the basis of an investigative report published in The News, which had first uncovered the existence of Rana Shamim’s affidavit.

Justice Minallah said the court has to keep in mind the prevalent international standards of journalism. “What is the responsibility of key officers in an organisation when it comes to publishing news?” the IHC chief justice asked.

Responding to the query, amicus curiae Faisal Siddiqui said the affidavit did not seem suitable for publication as it was a private document. He told the court that ex-CJ Gilgit-Baltistan Rana Shamim was of the view that he had been contacted only after publication of the article.

However, the report’s author maintains that he had approached the former judge before publication, Siddiqui noted. In a past hearing, Justice Minallah had observed that his court is mindful of the freedom of press and that the court’s independence is also reliant on the freedom of press — but the court had some responsibilities as well.

In the same hearing, Attorney General Khalid Javed had told the court that the role of media in this particular issue was secondary, adding that the entire responsibility rests on Rana Shamim and that he should provide the original copy of the affidavit; thereafter, the could should proceed as per the law.

The attorney general had been of the view that the court should proceed collectively against Shamim and the media which published his affidavit.